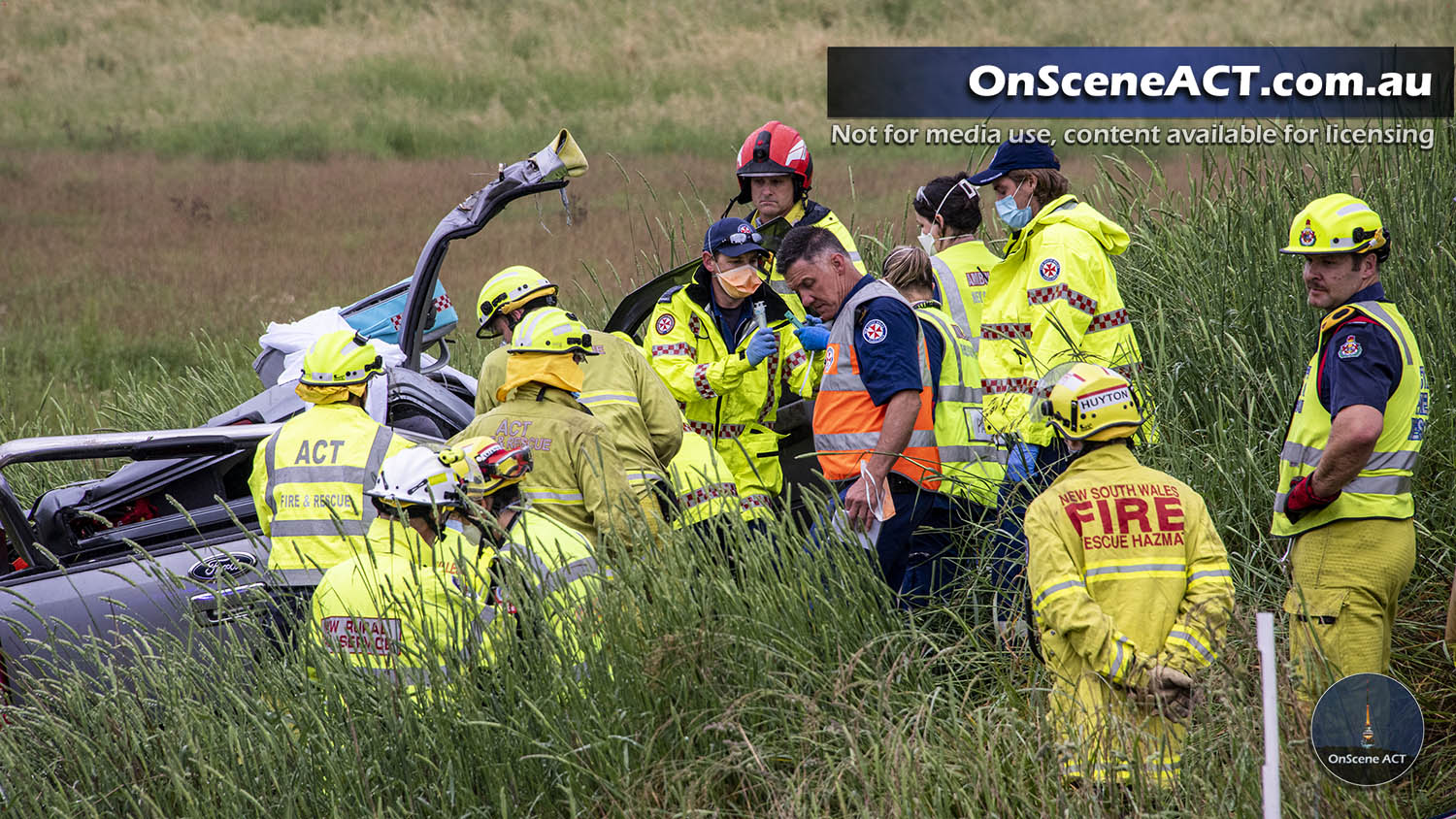 A man has been seriously injured following a high speed rollover on the Barton Highway this afternoon.

At about 4pm ACT and NSW emergency services responded to reports of a motor vehicle crash on the Barton Highway near the intersection of Casuarina Lane.

The man aged in his late 40's was trapped for about 30 mins until he was able to be freed by ACT Fire and Rescue firefighters.

He was stabilised at the scene and then transported to The Canberra Hospital in a serious condition.

NSW Police were also in attendance and investigating the incident. 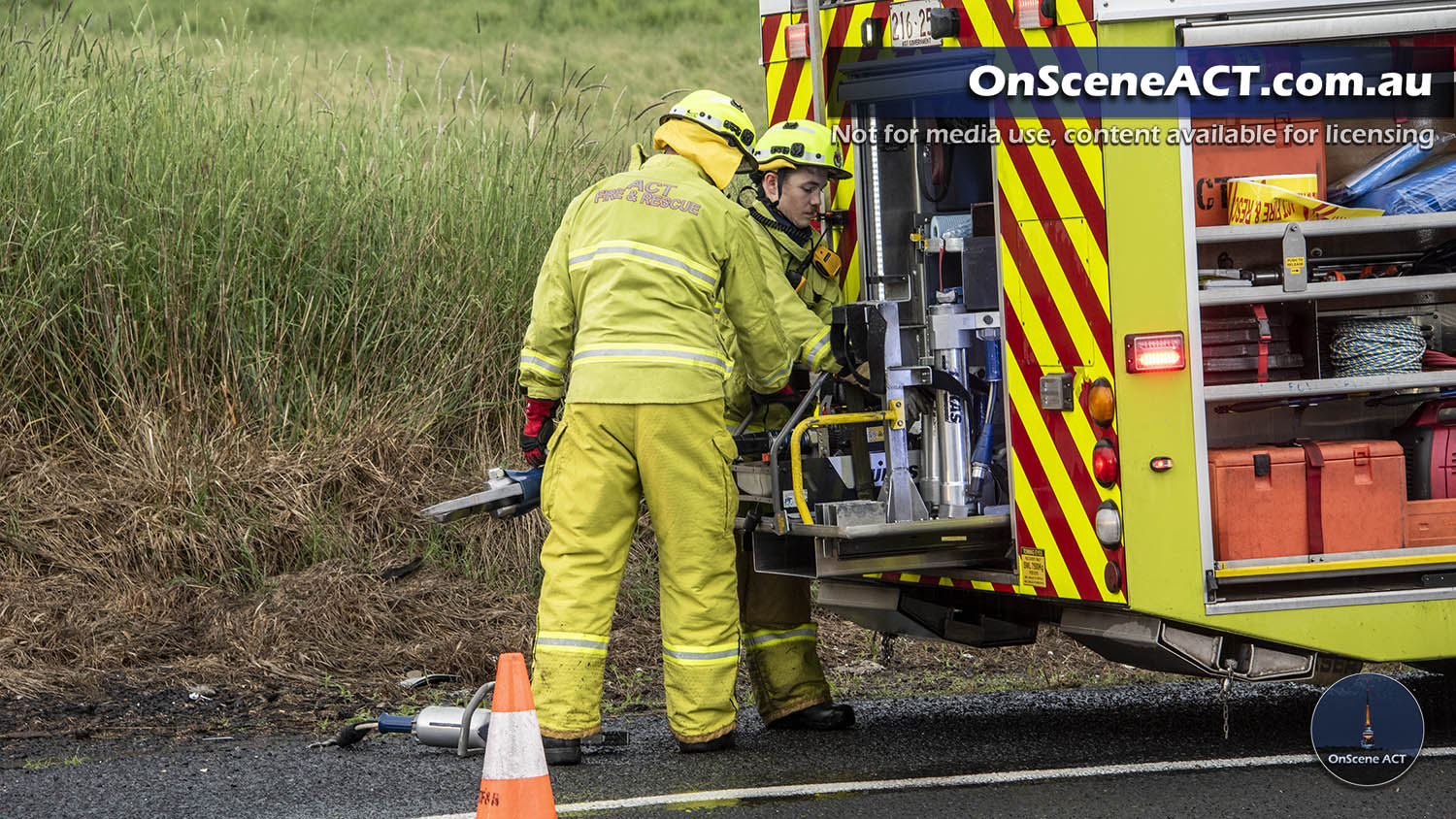 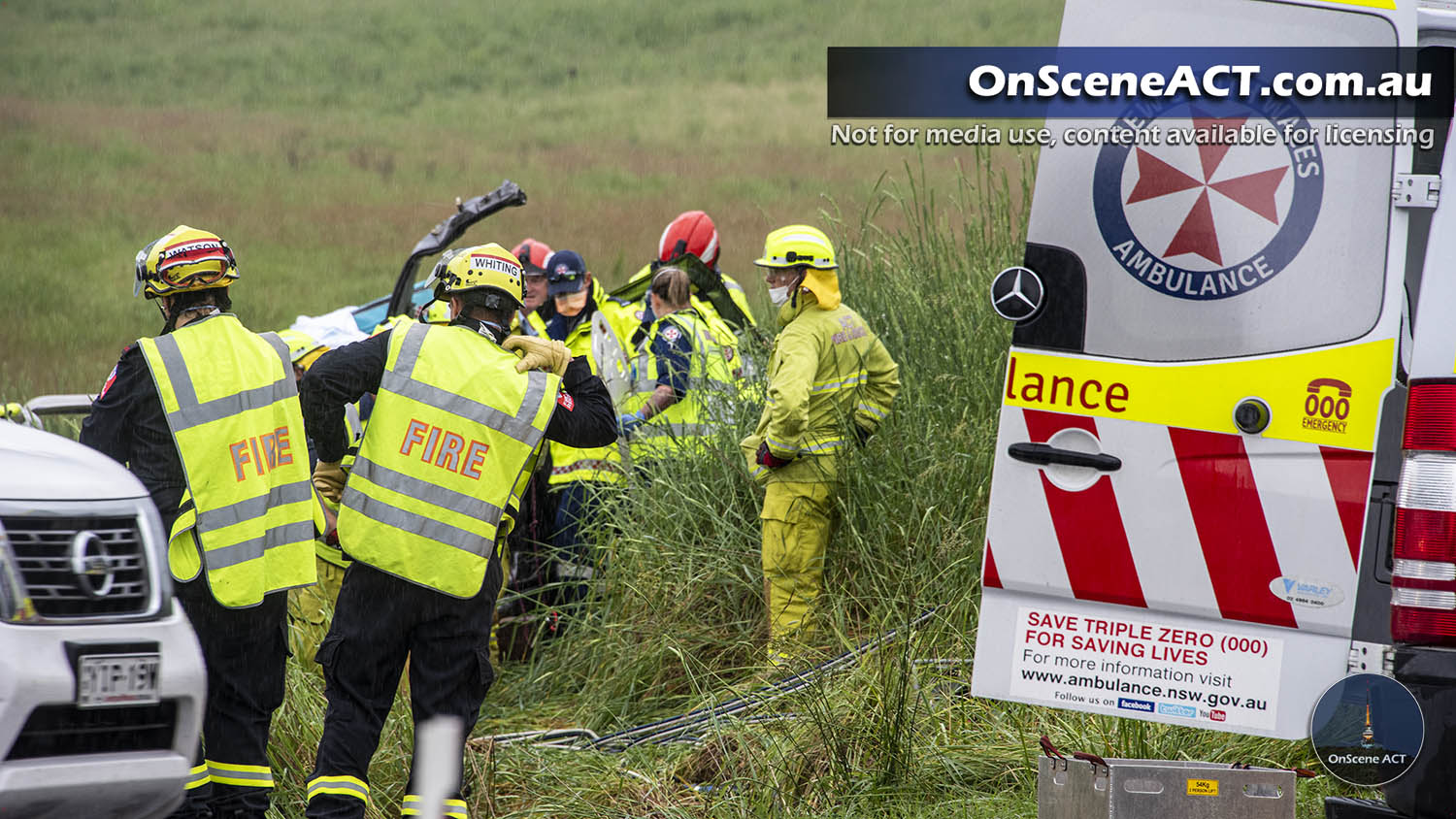 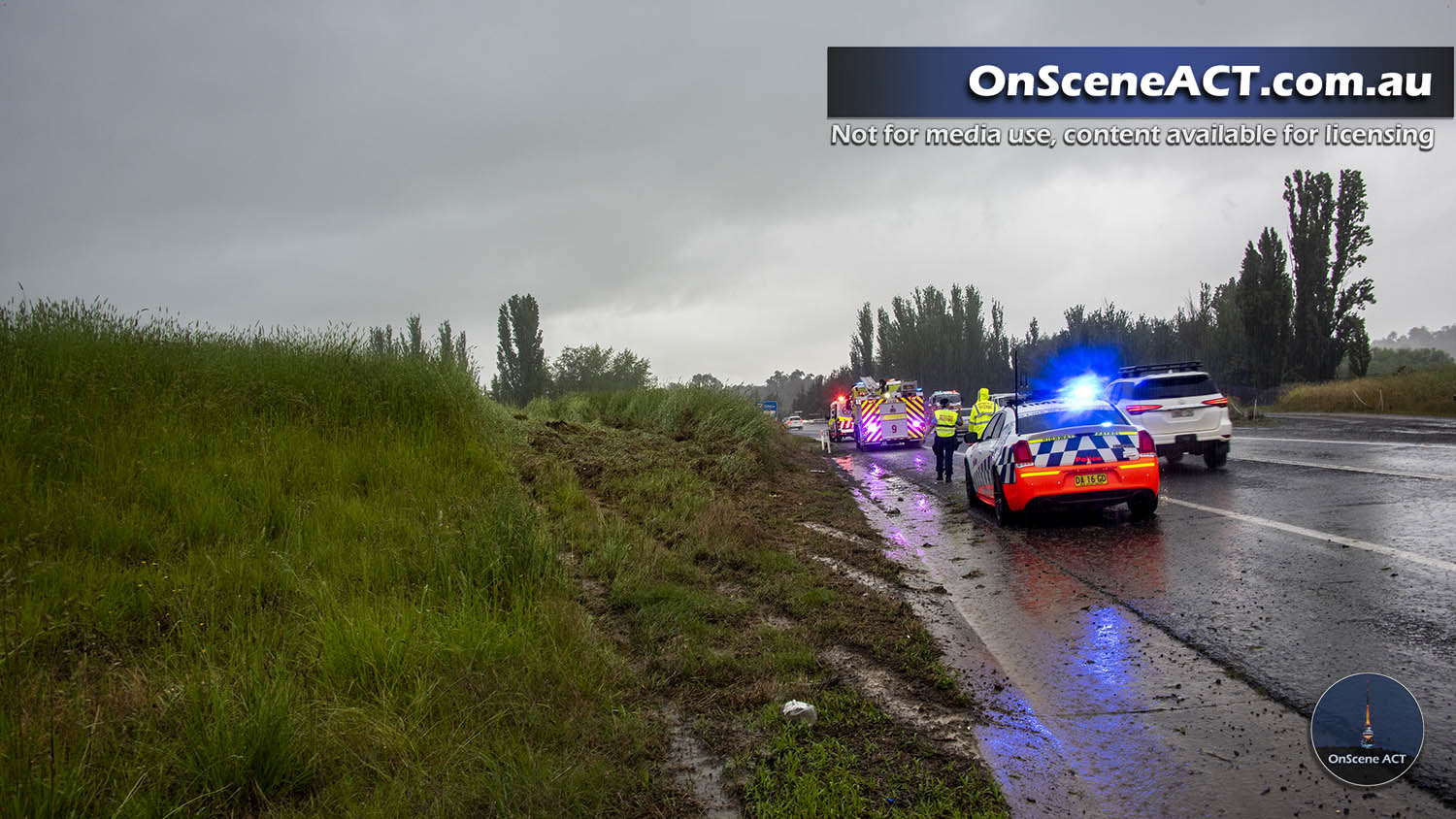 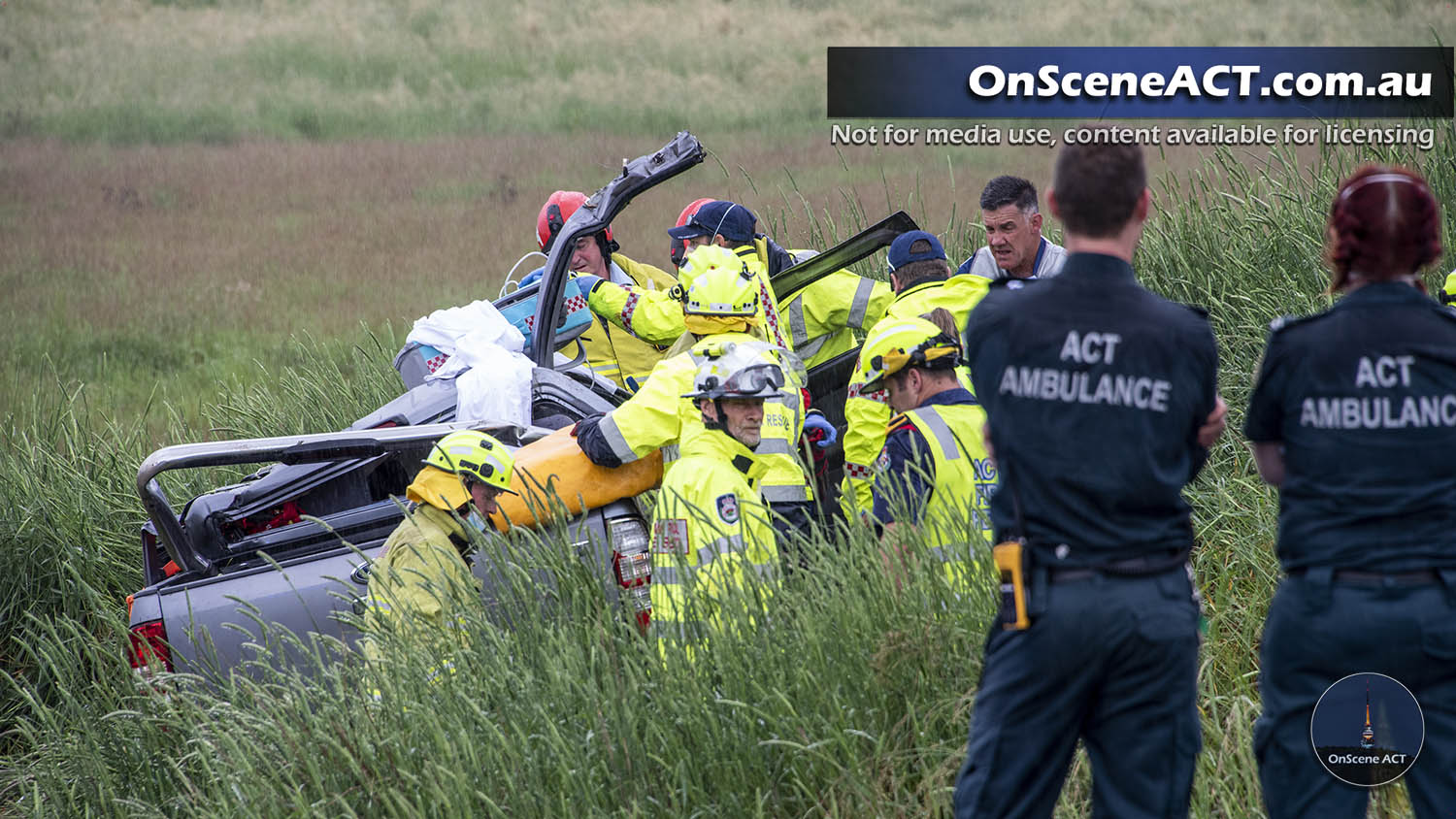 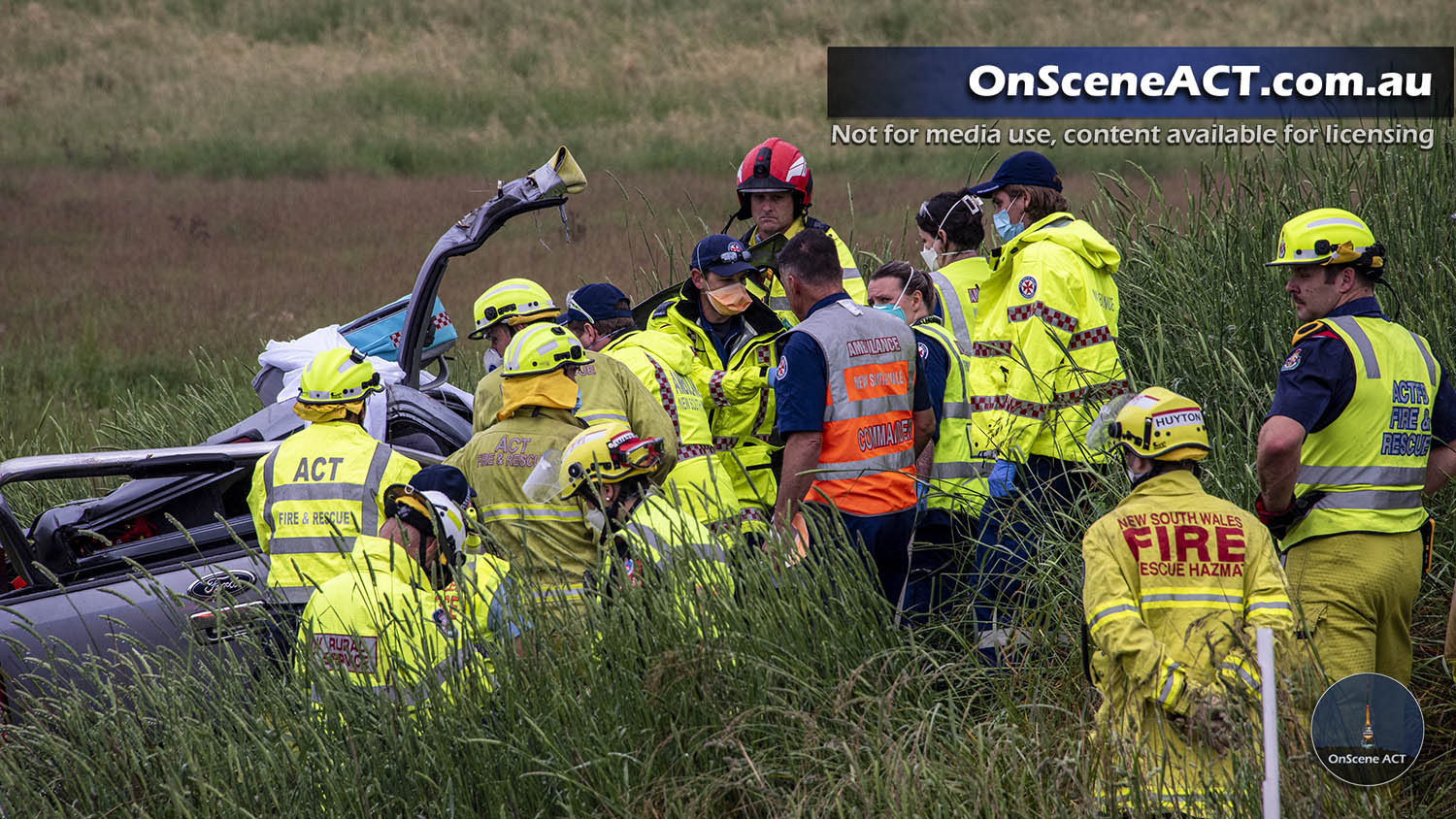 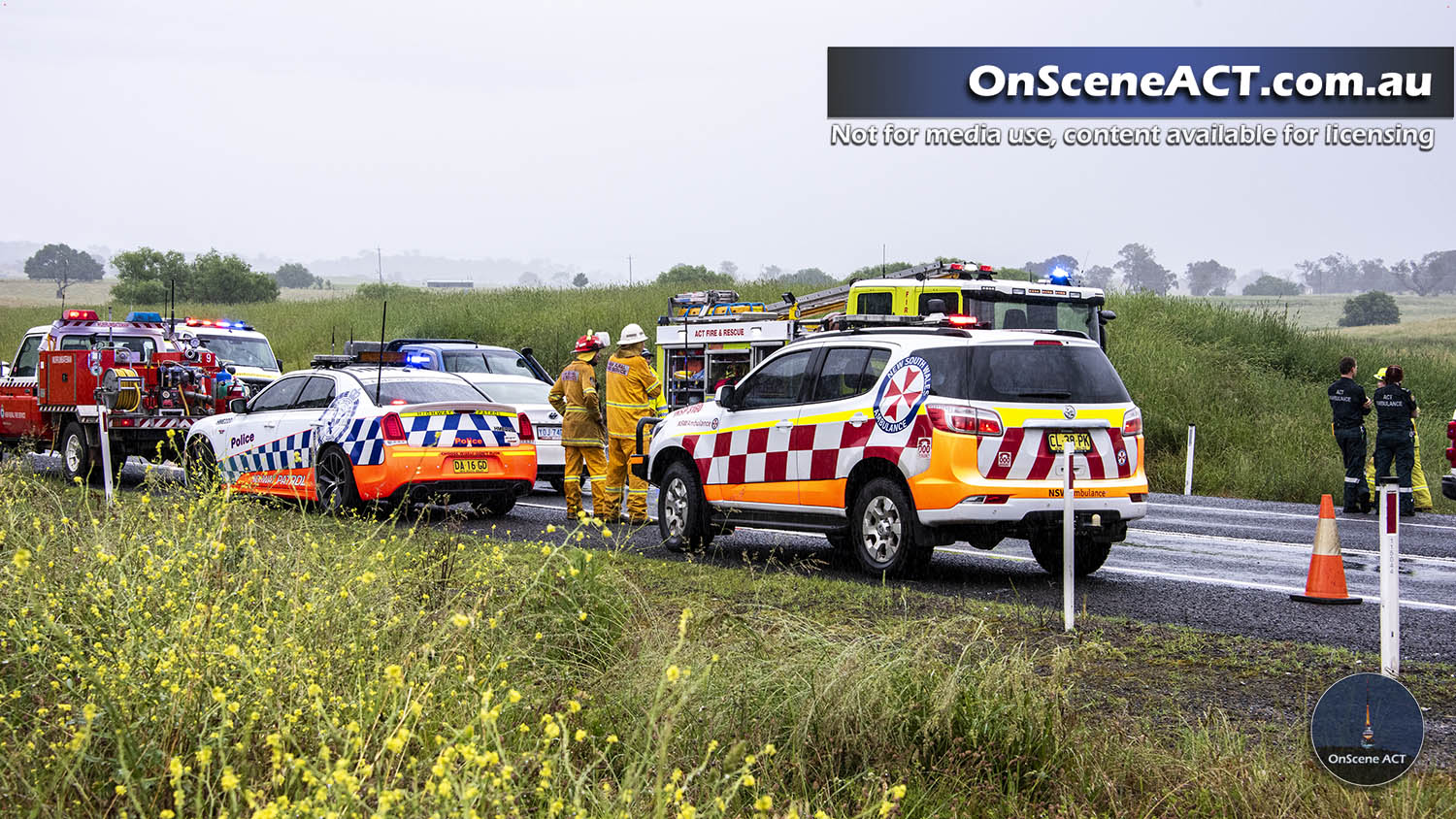 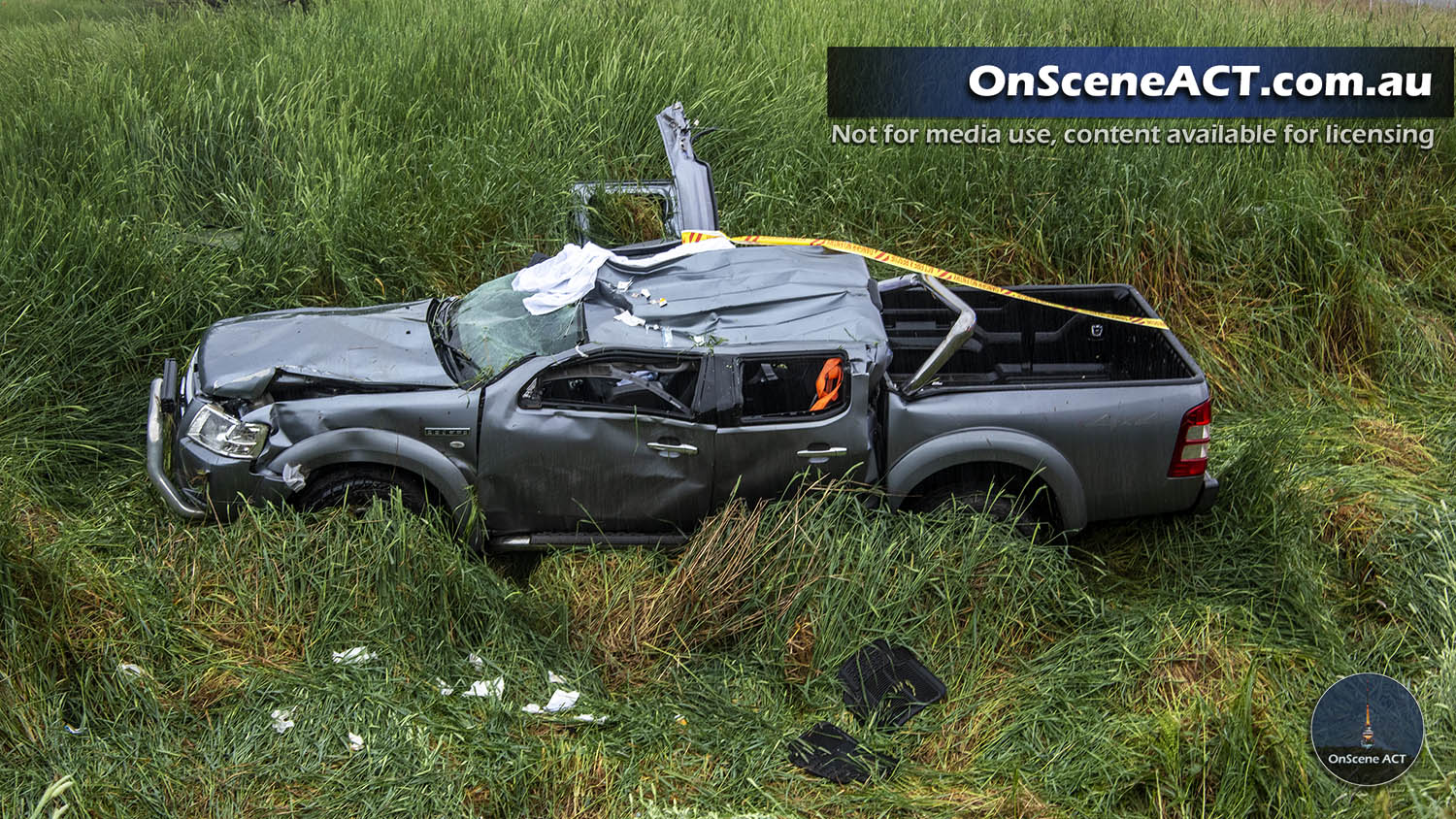 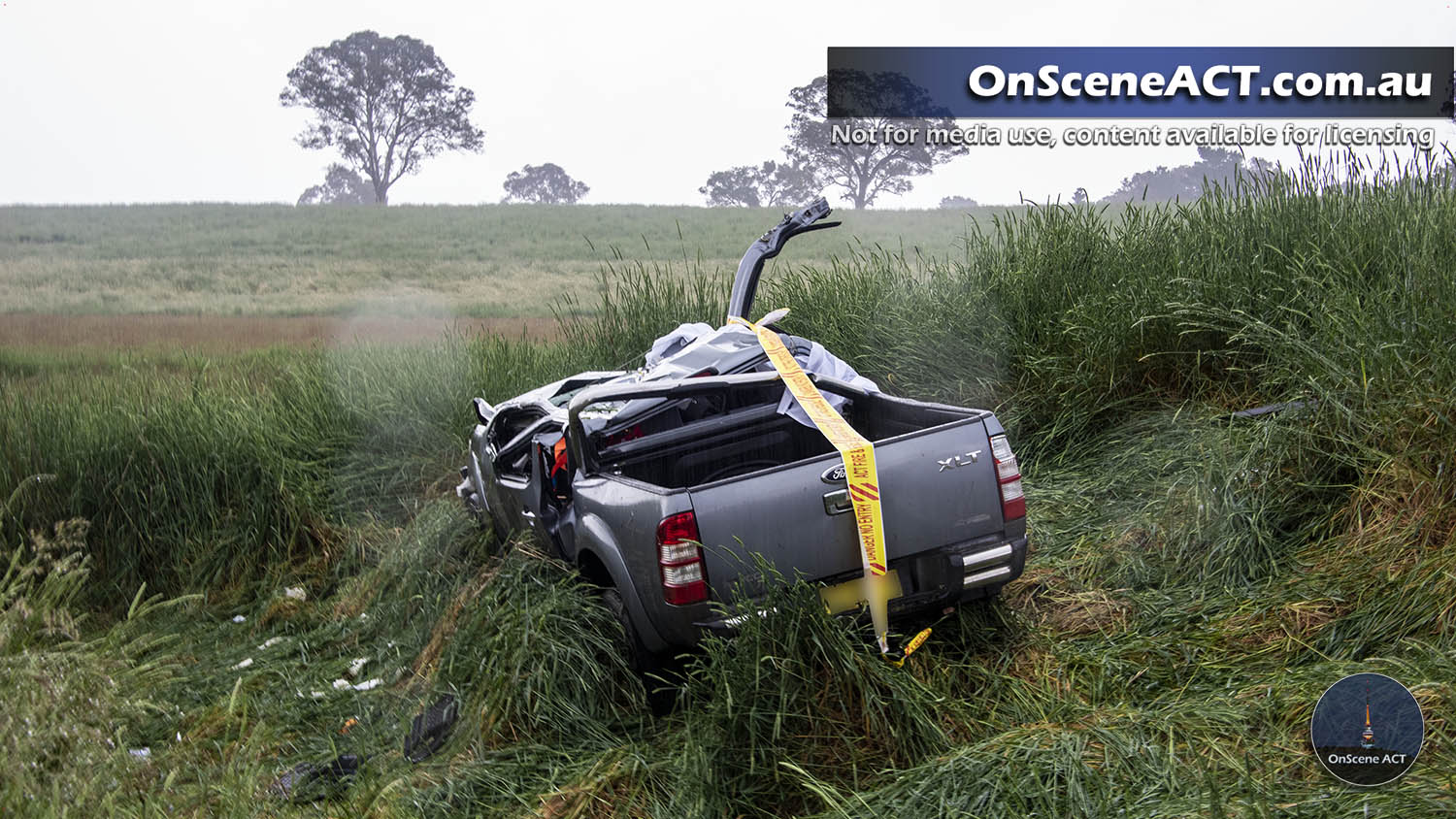 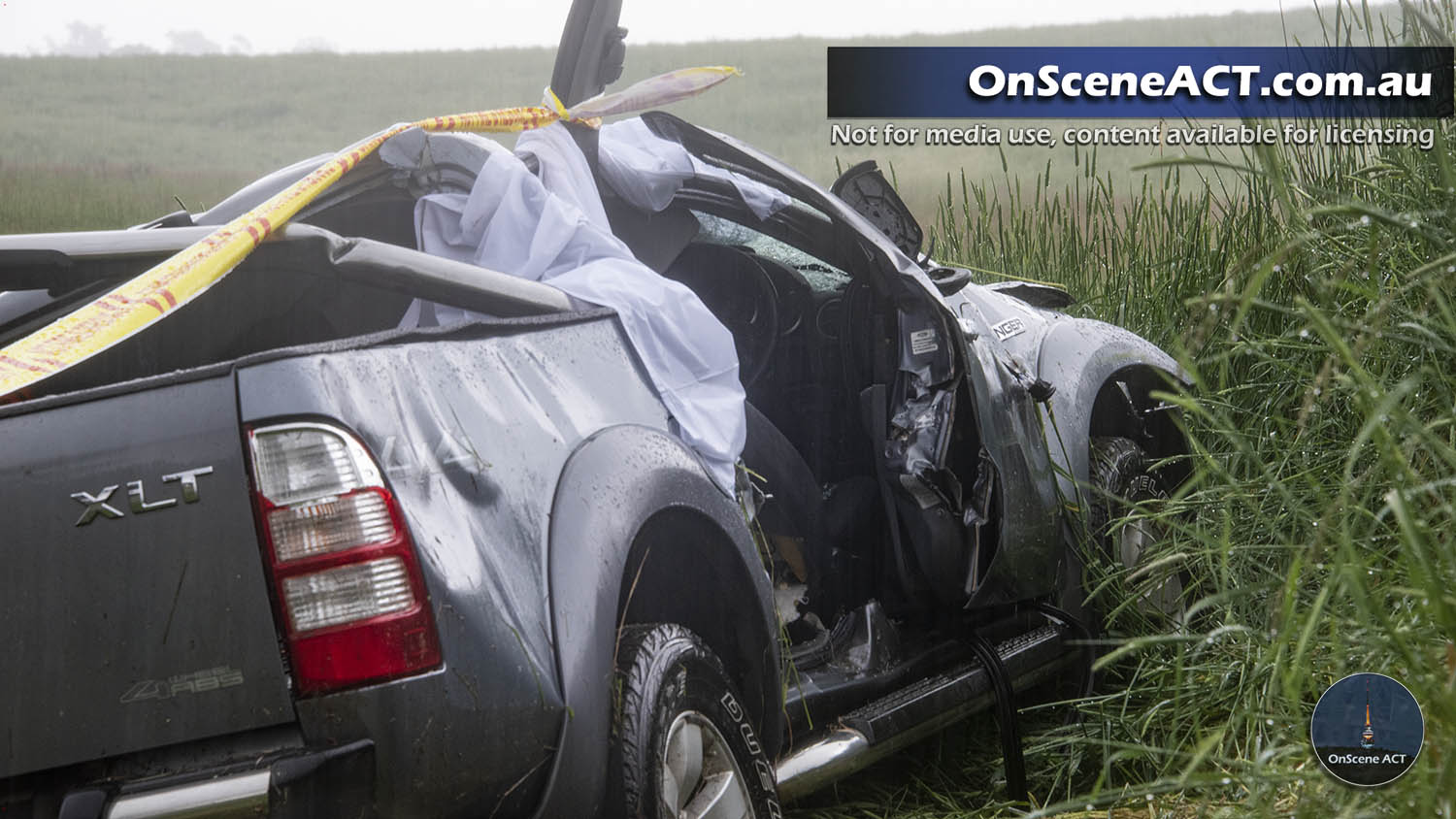