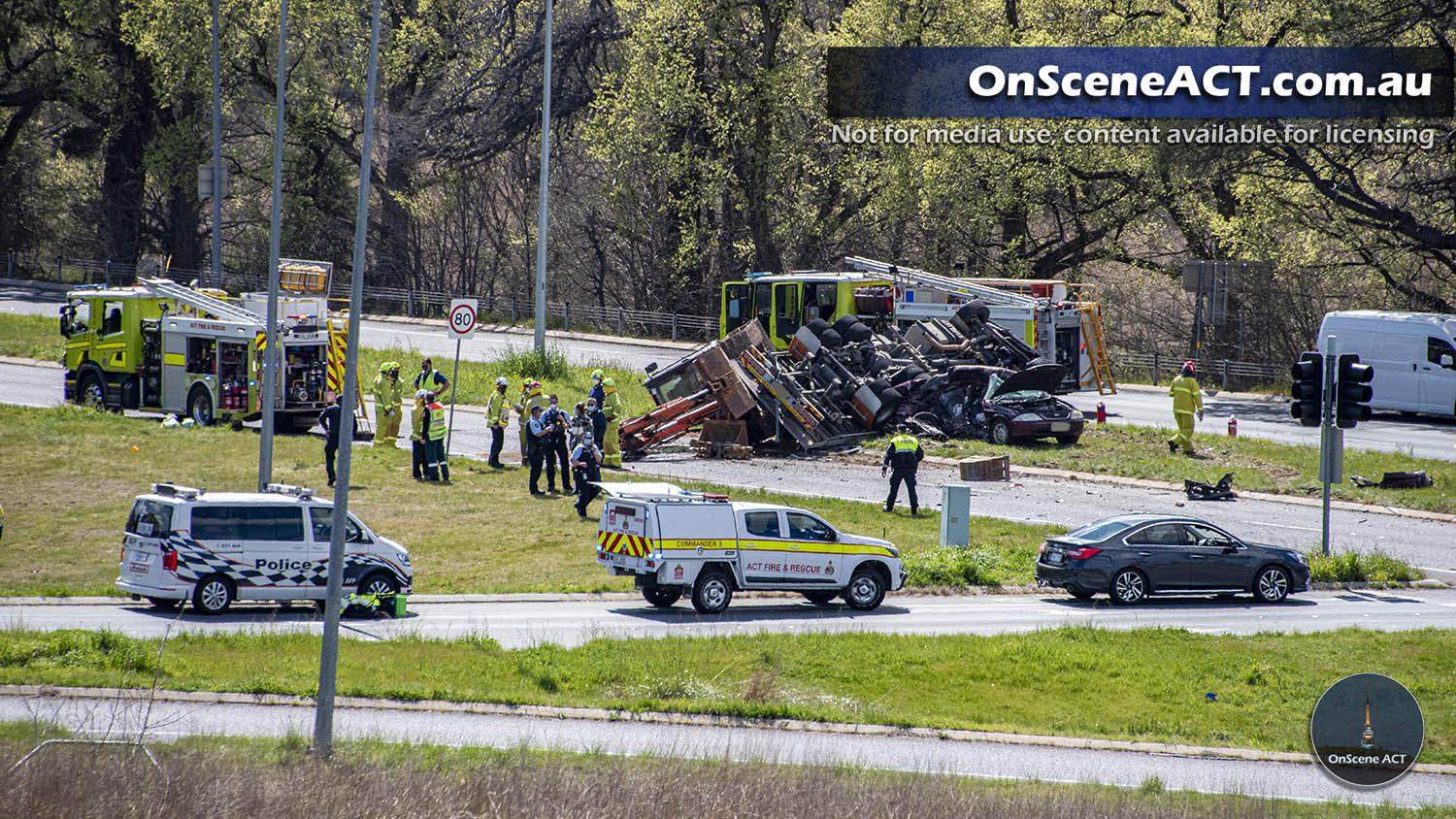 One person dies following crash on The Barton Highway

One person has died following a following a serious crash on The Barton Highway this morning.

At approximately 11.30am ACT Emergency Services responded to reports of a crash involving three vehicles including a truck just past the Gungahlin Drive overpass on The Barton Highway in Kaleen.

A number of people including nurses stopped to render first aid.

Sadly despite the best efforts of emergency services personnel, one person has died at the scene.

Another person in another vehicle was trapped for a short period of time before being released by firefighters and transported to hospital in a serious condition.

ACT Policing Detective Acting Superintendent Donna Hofmeier said the driver of the truck was unharmed, but had been taken to hospital for mandatory blood and urine testing.

Police believe the truck was travelling northbound when the collision took place, while the two cars were turning right onto the Barton Highway.

The road is expected to be closed for the rest of the afternoon while police investigate the scene.

The death is the ninth fatality on ACT roads so far this year. 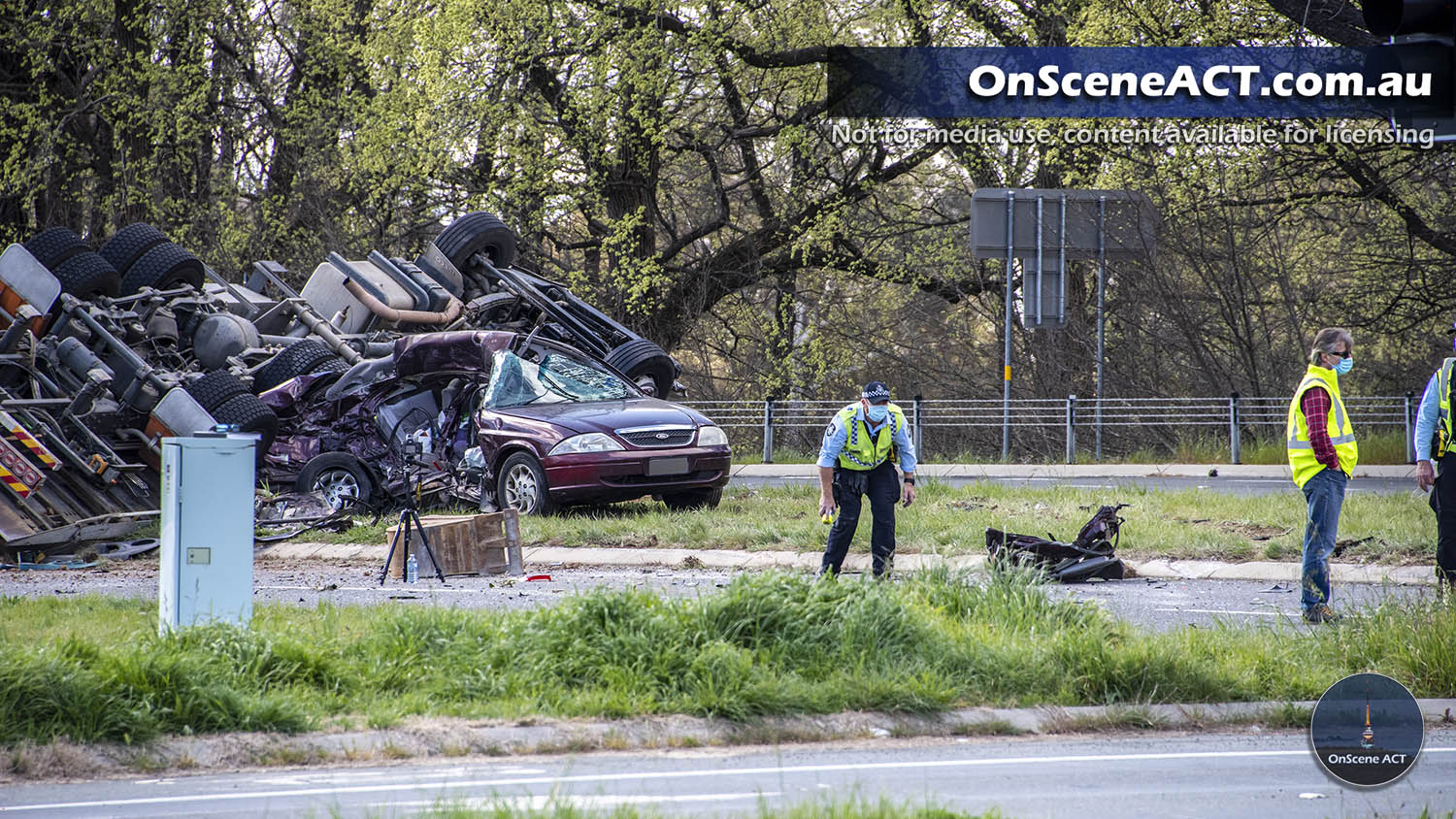 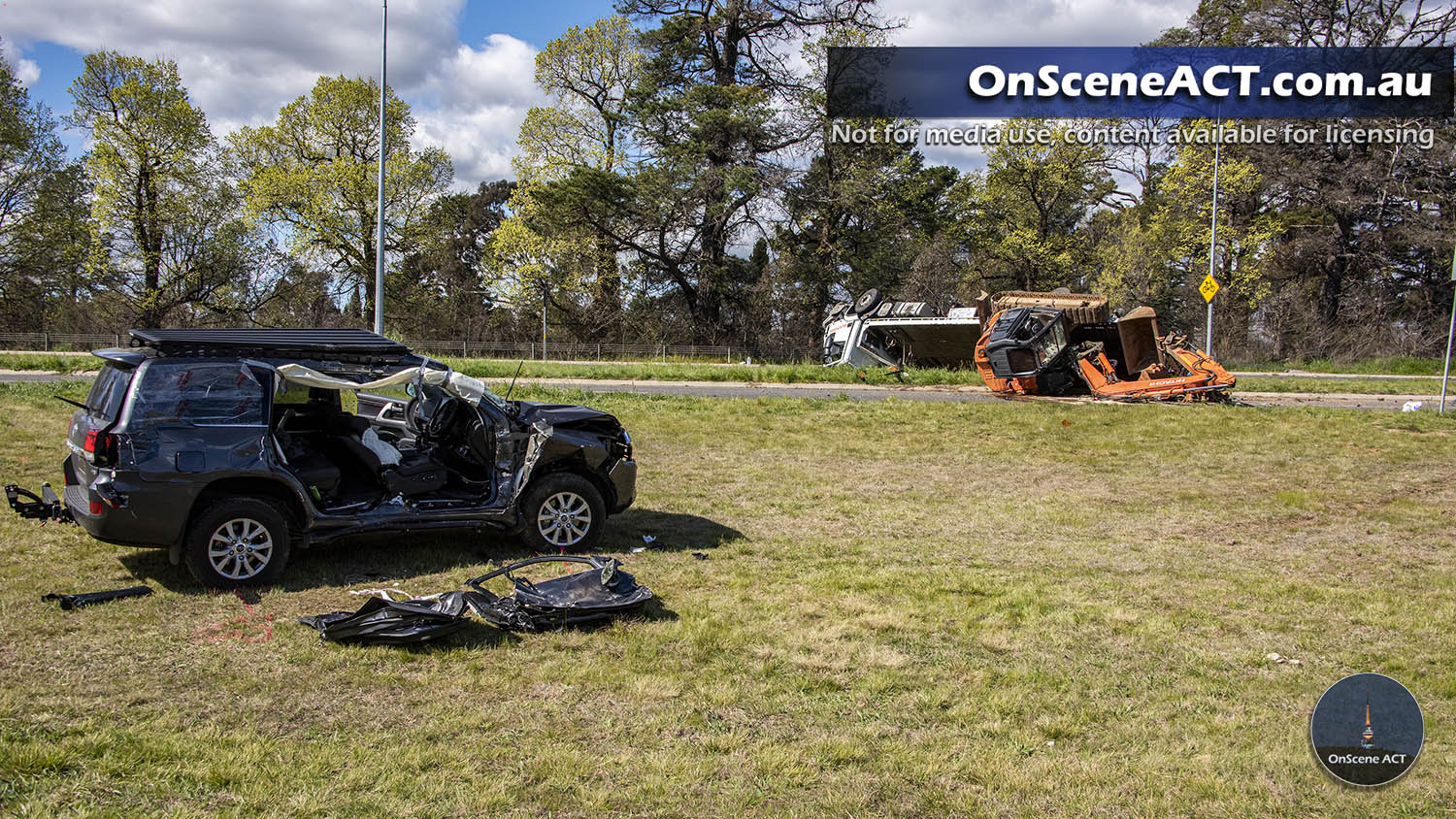 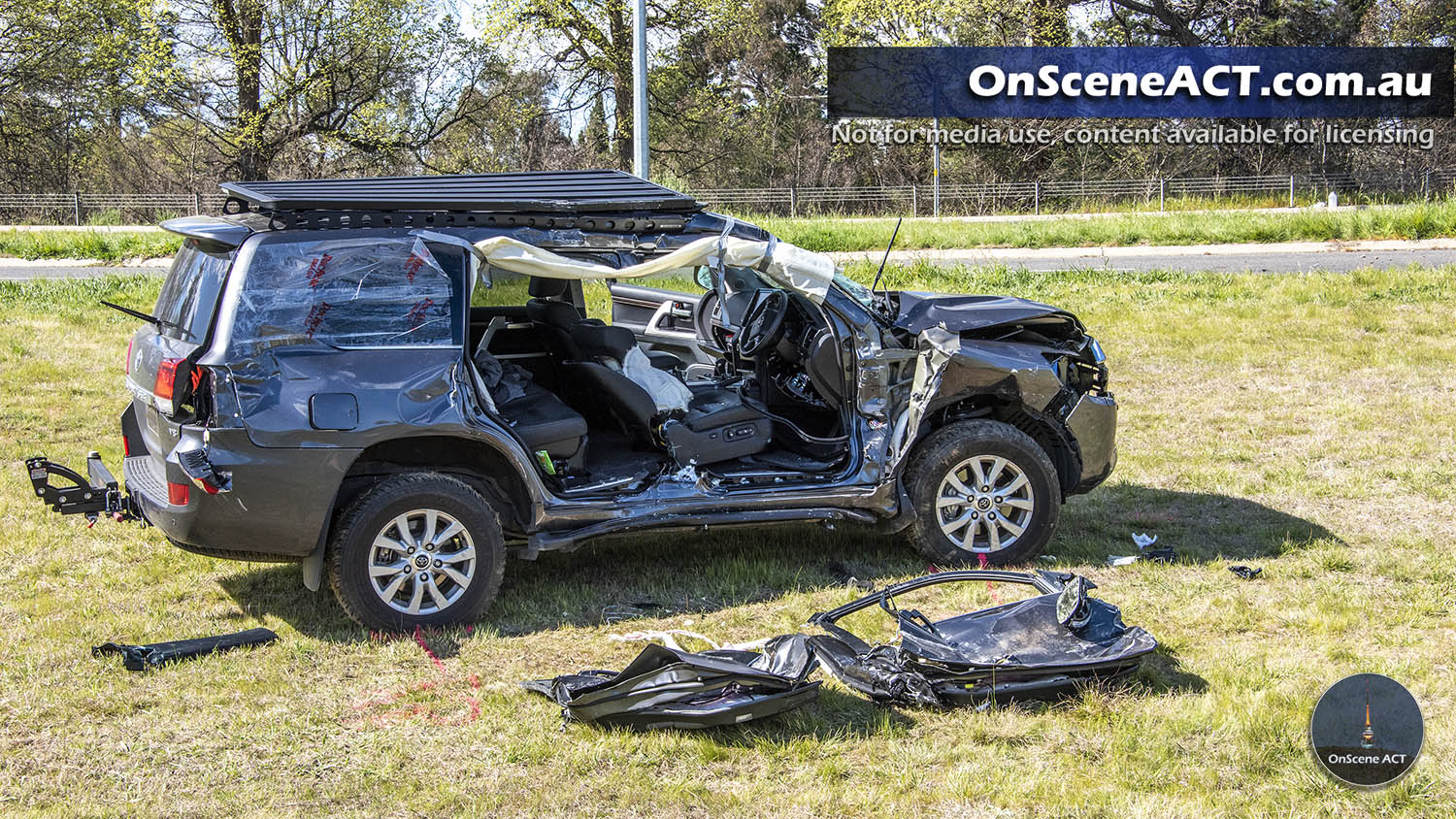 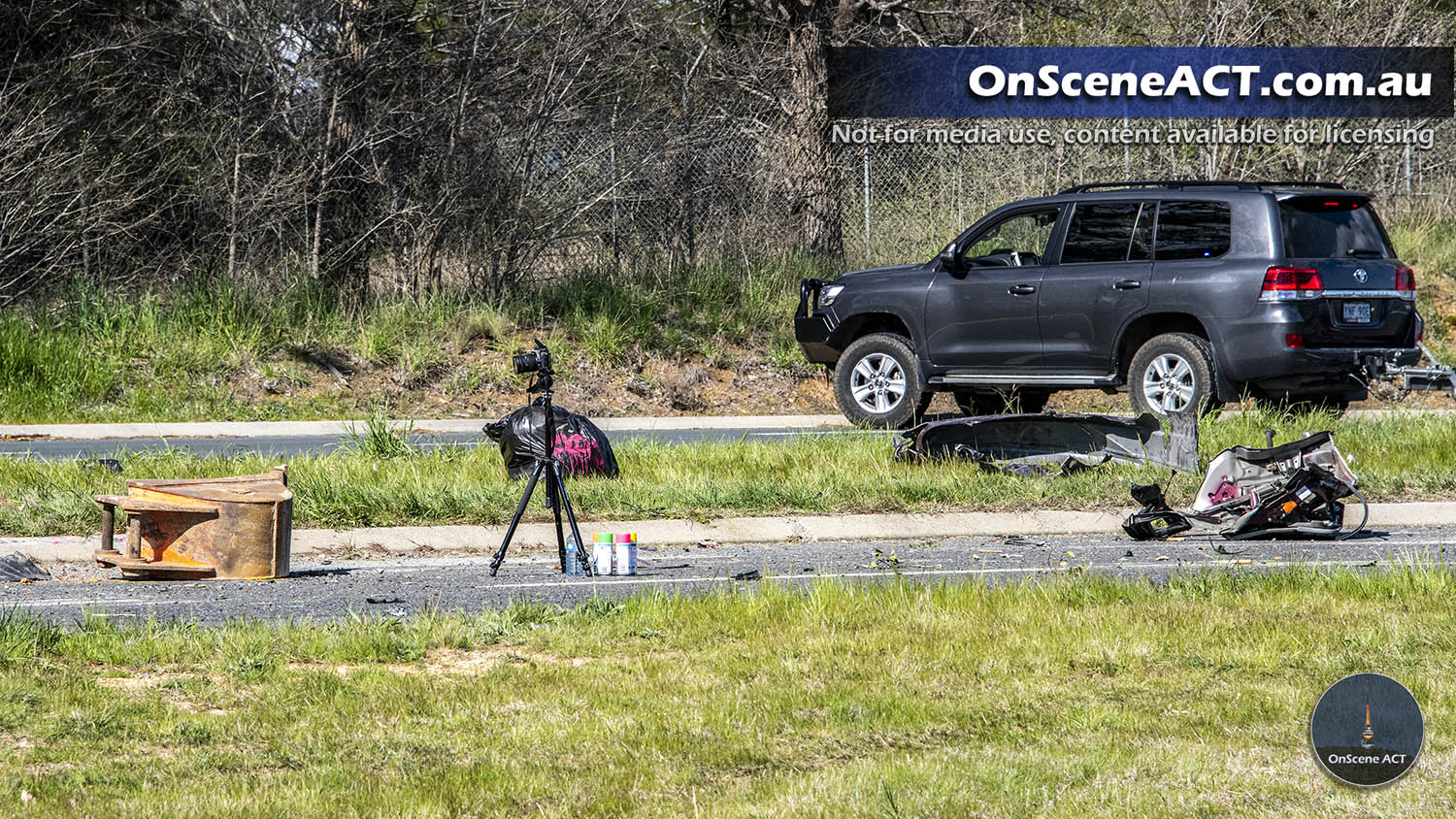 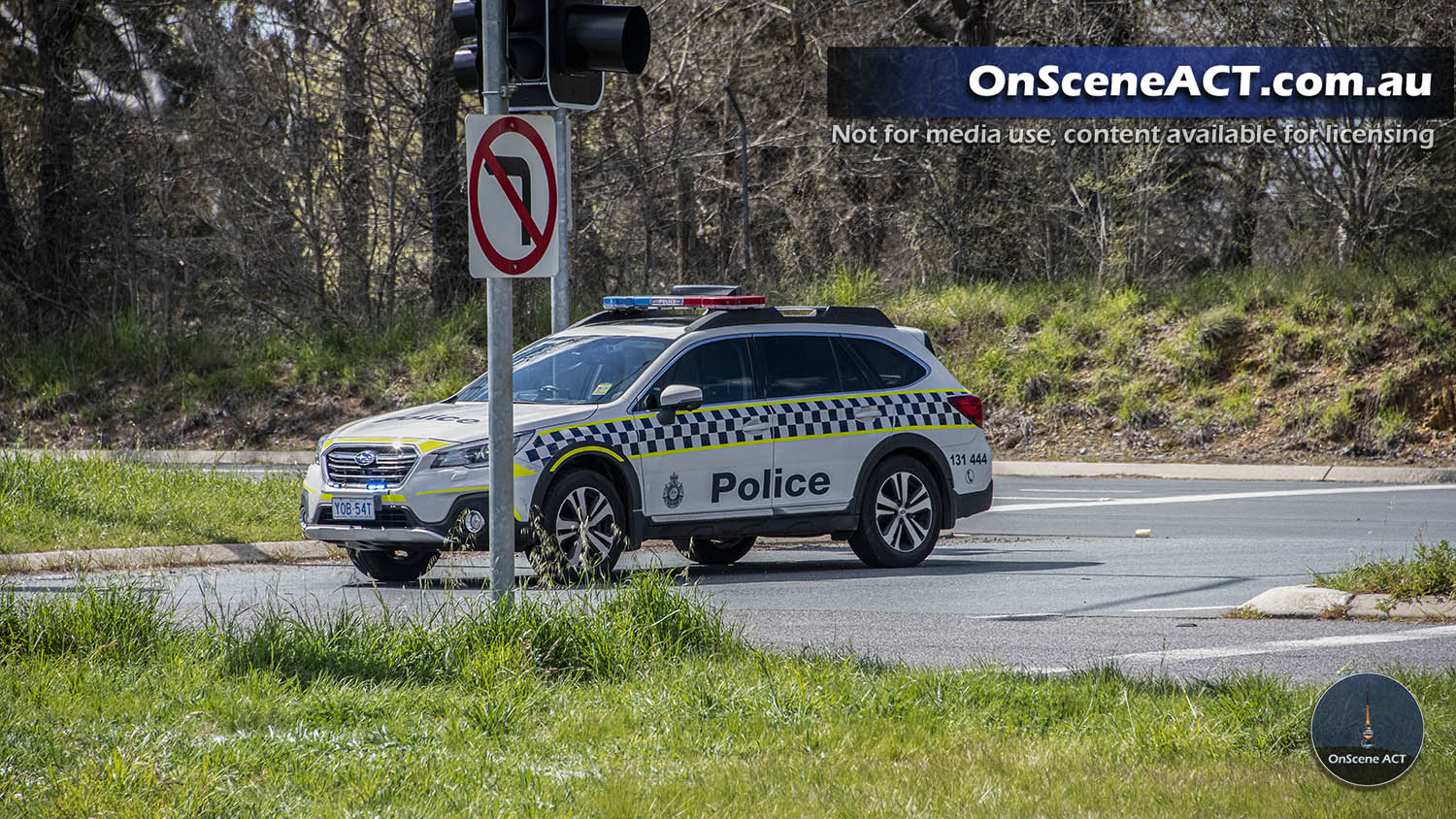 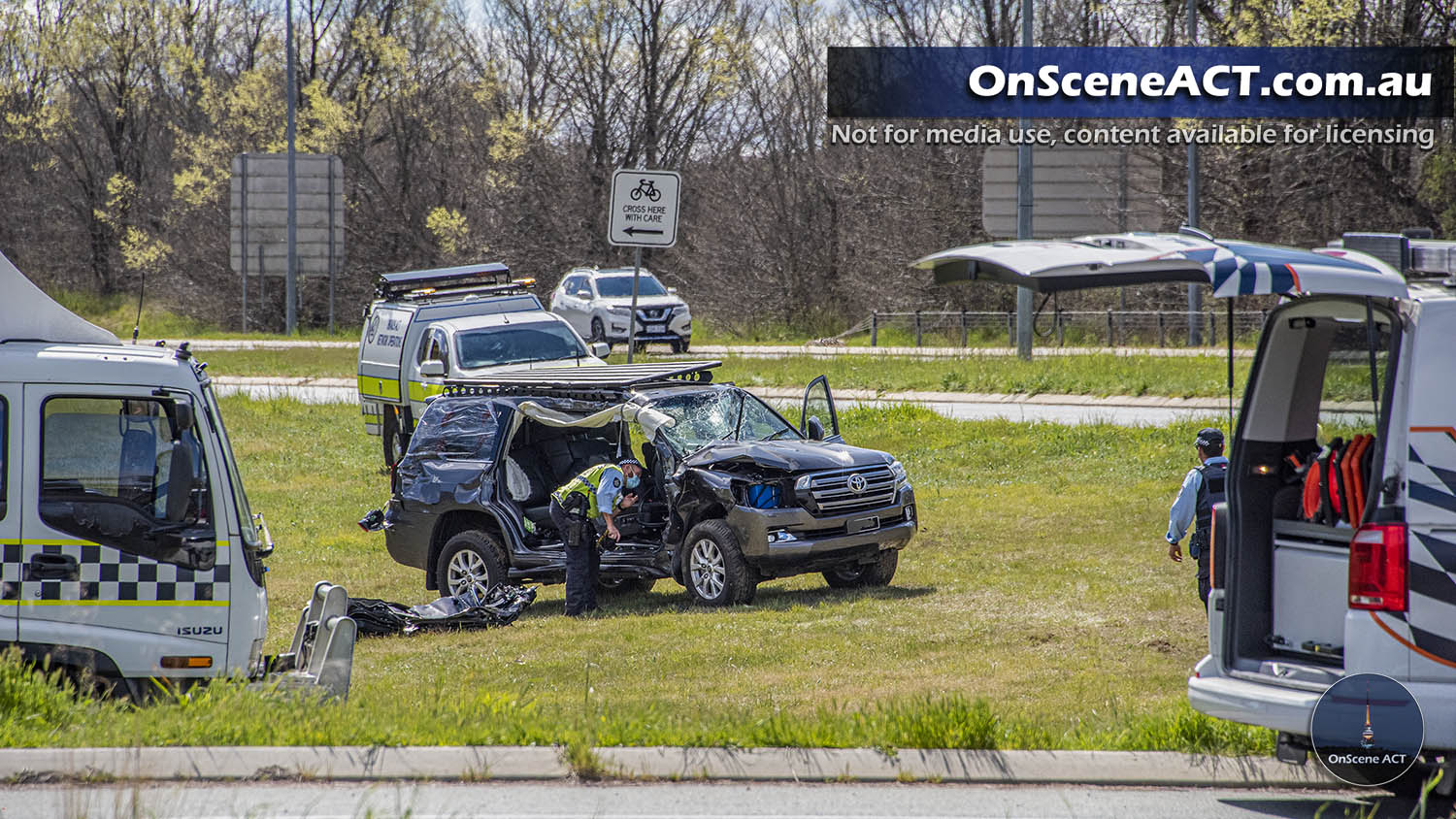 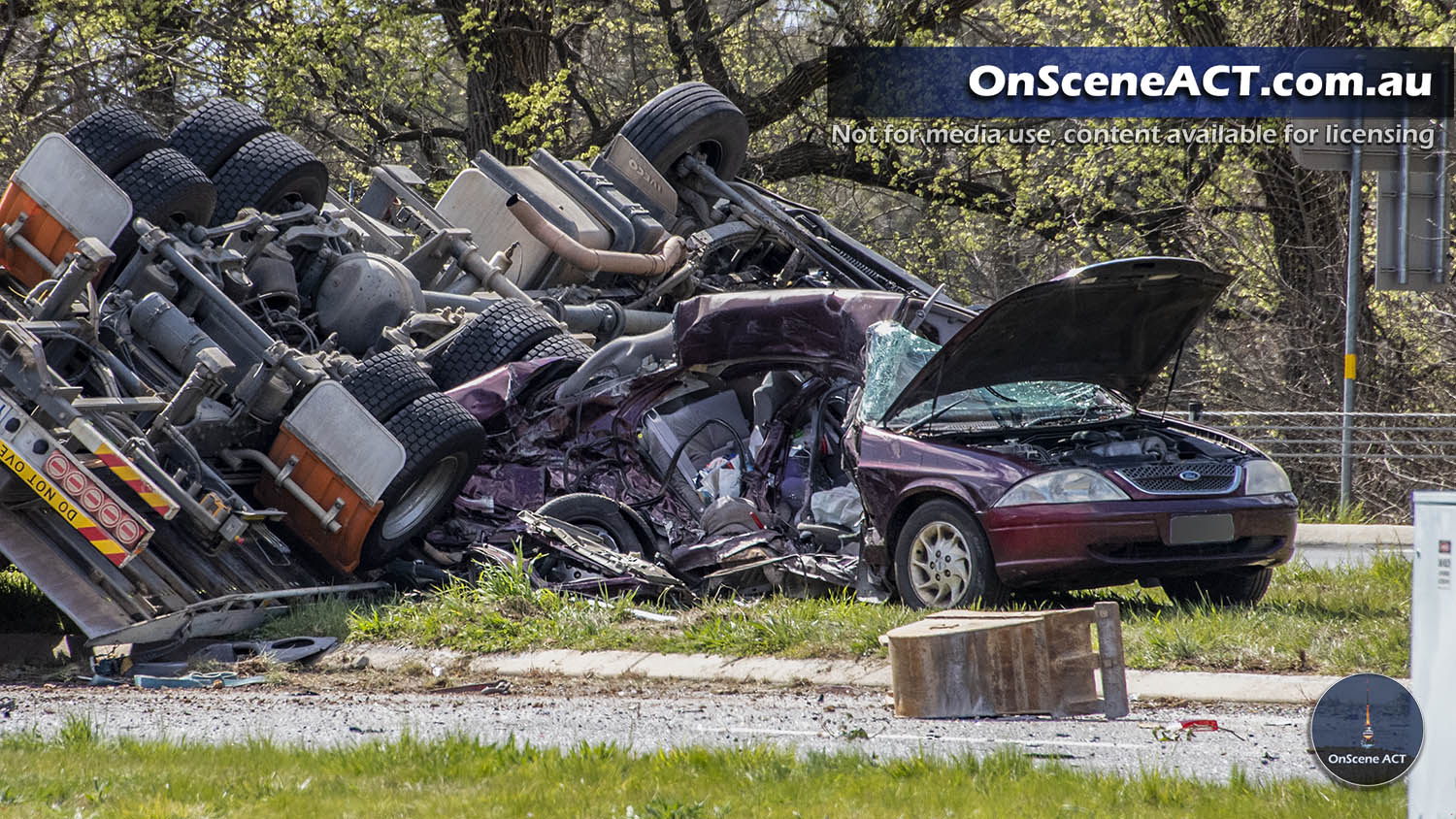 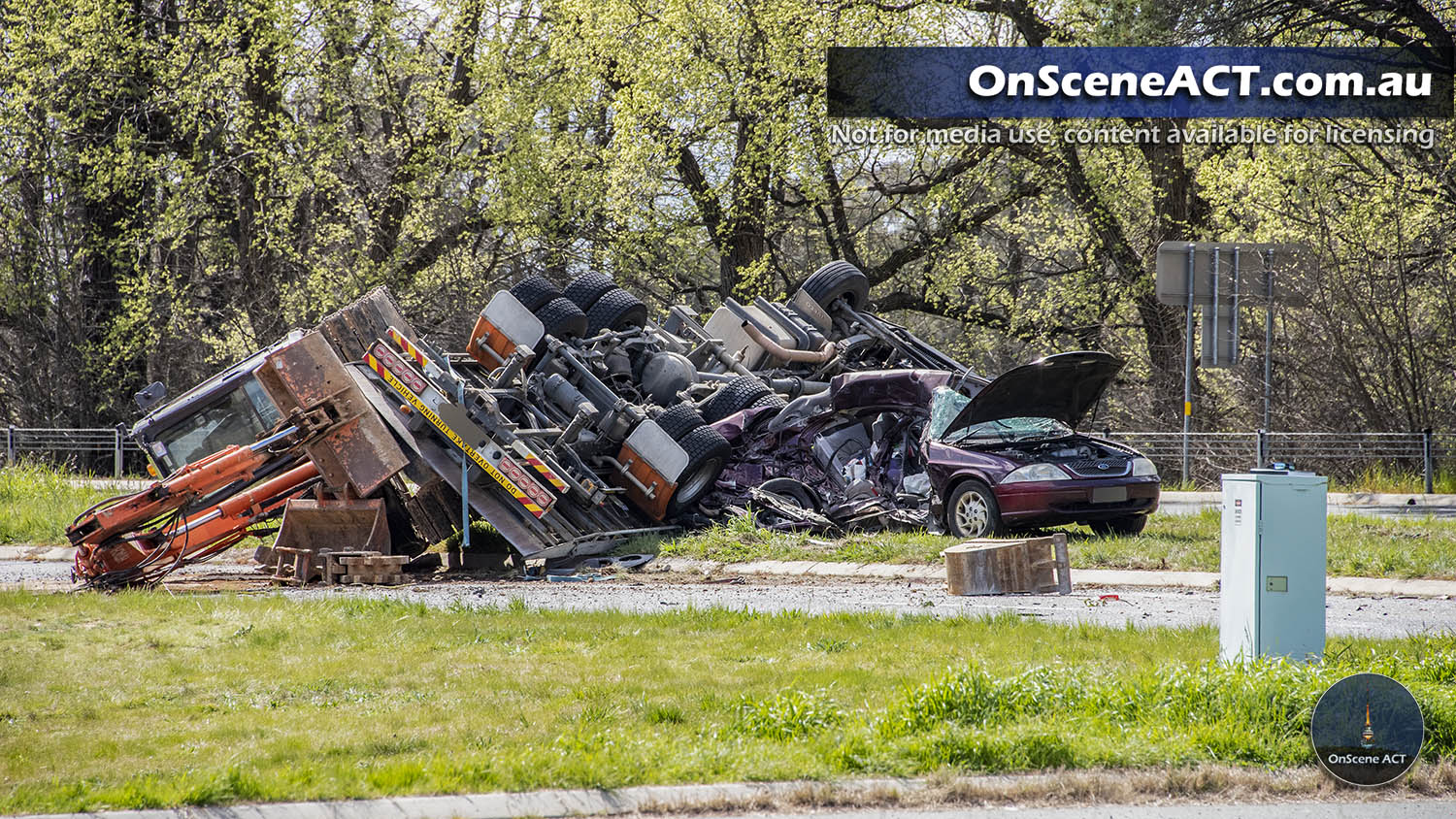 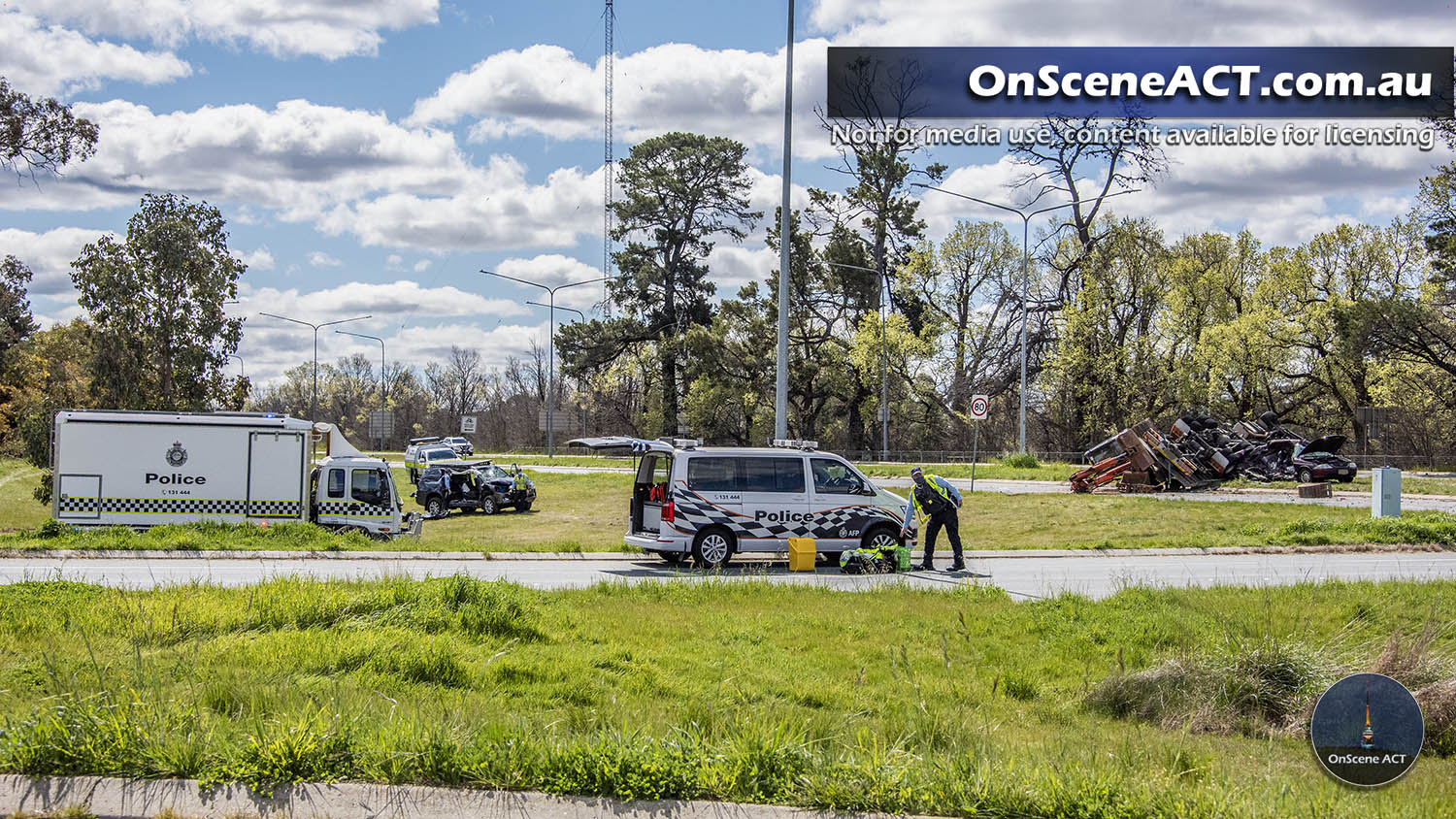