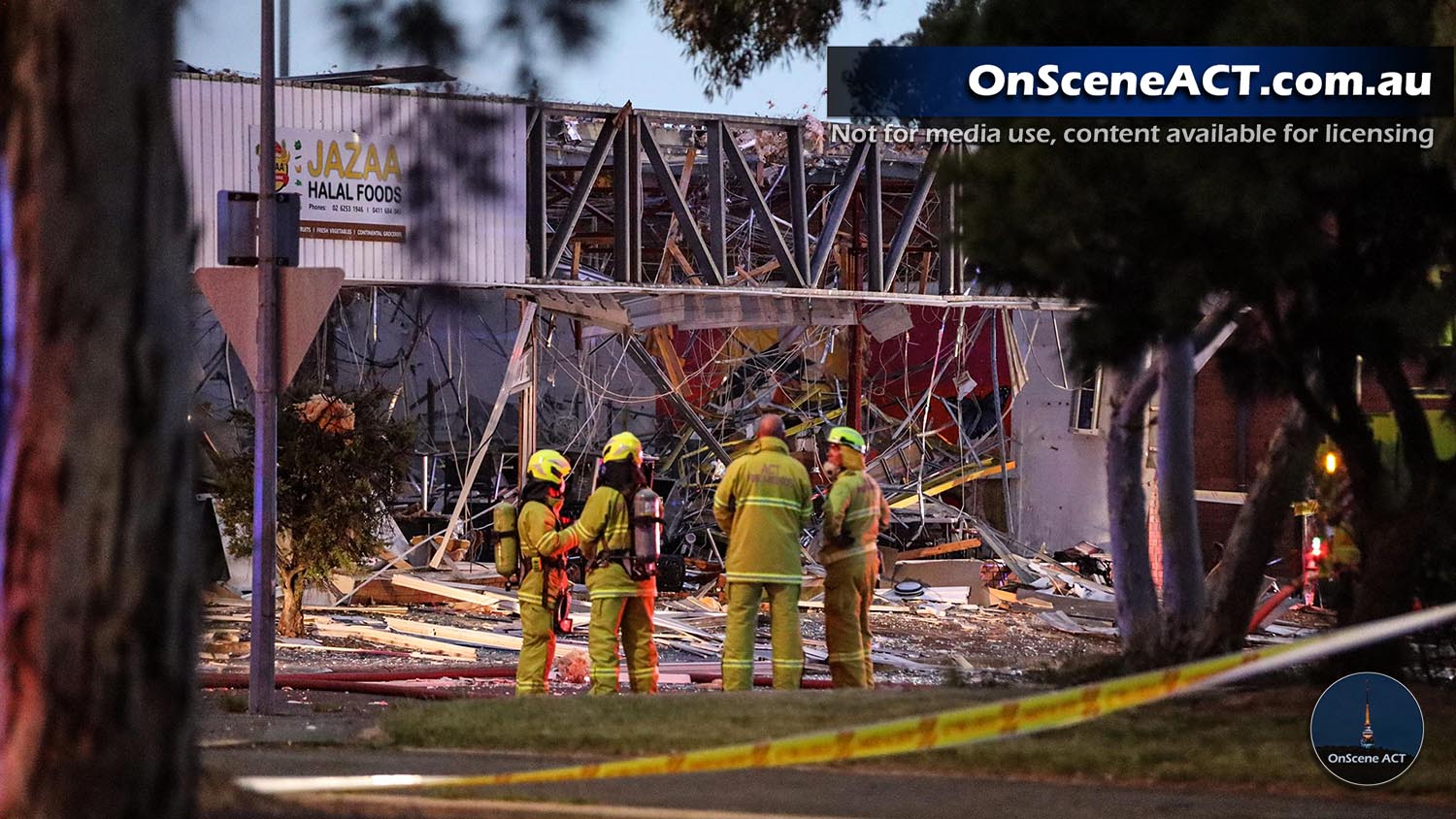 A large explosion in Belconnen has damaged a number of buildings leaving one man in hospital this evening.

At about 7.30pm ACT Emergency Services responded to reports of a structure fire on Rae Street at the intersection of Josephson Street.

A male was treated and stabilised at the scene and transported to hospital.

The fire was quickly contained by firefighters and a large exclusion zone was established whilst fire crews worked to secure a gas leak.

A crime scene has been established and ACT Policing are investigating the cause of the explosion. 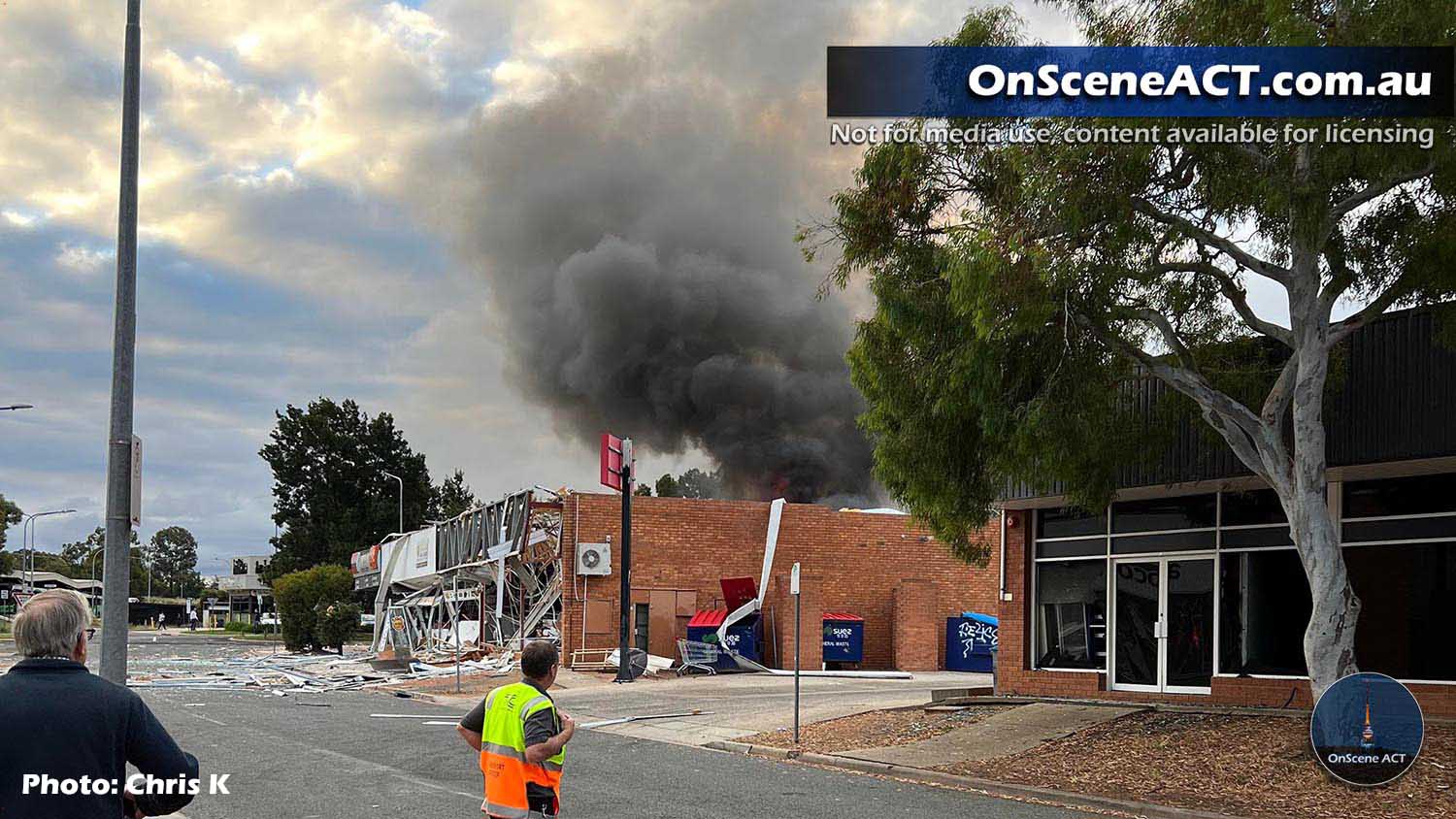 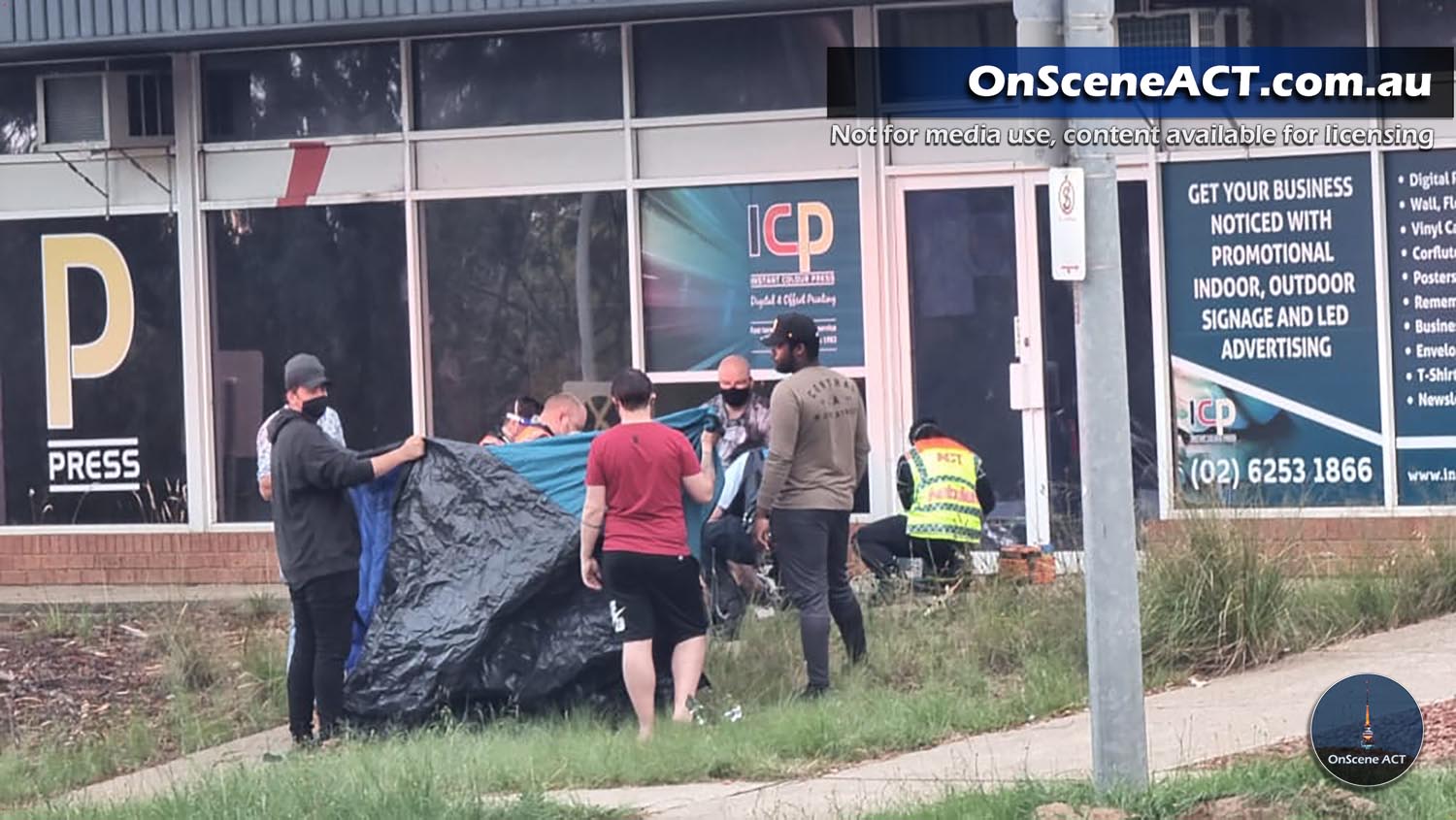 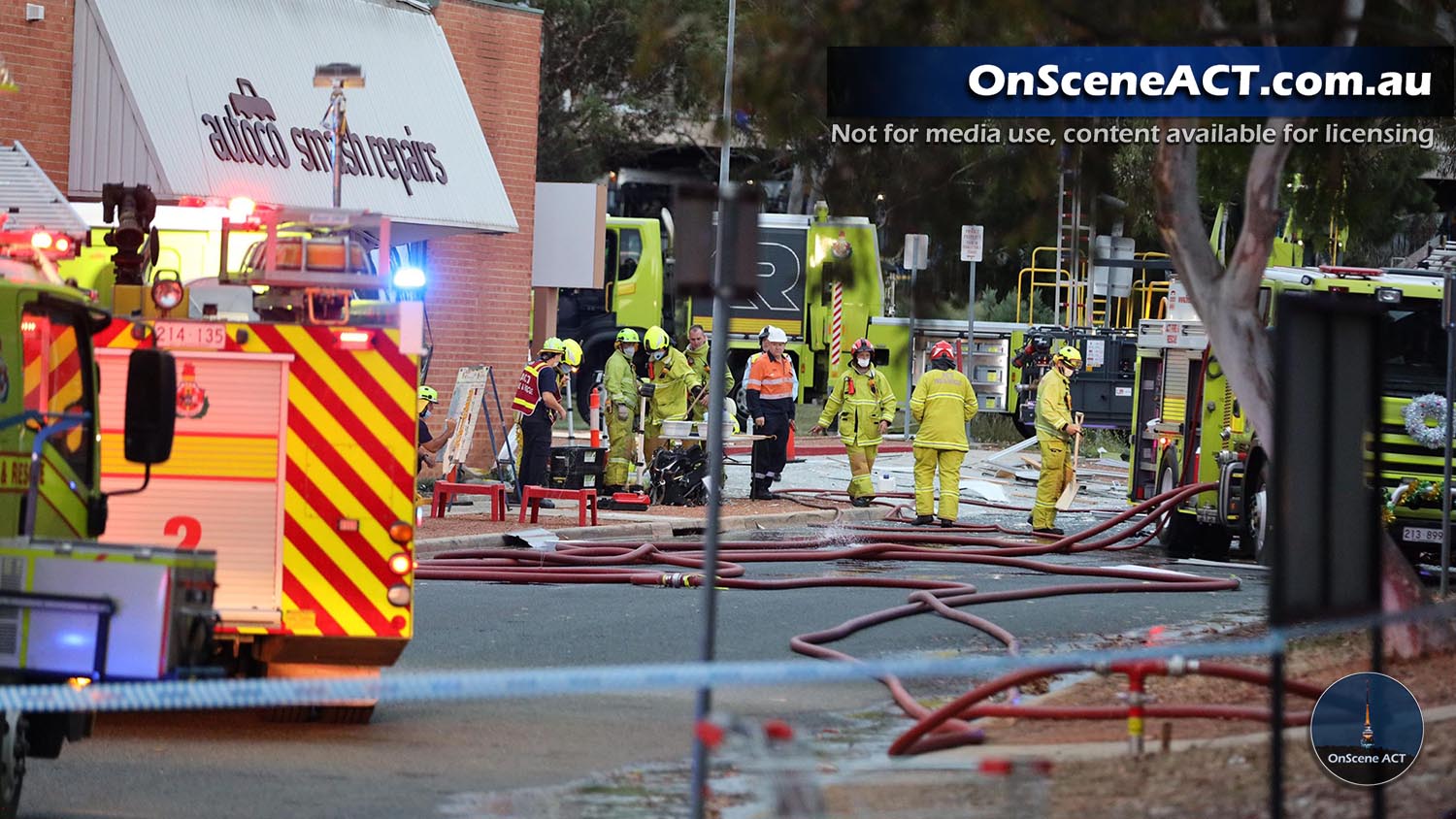 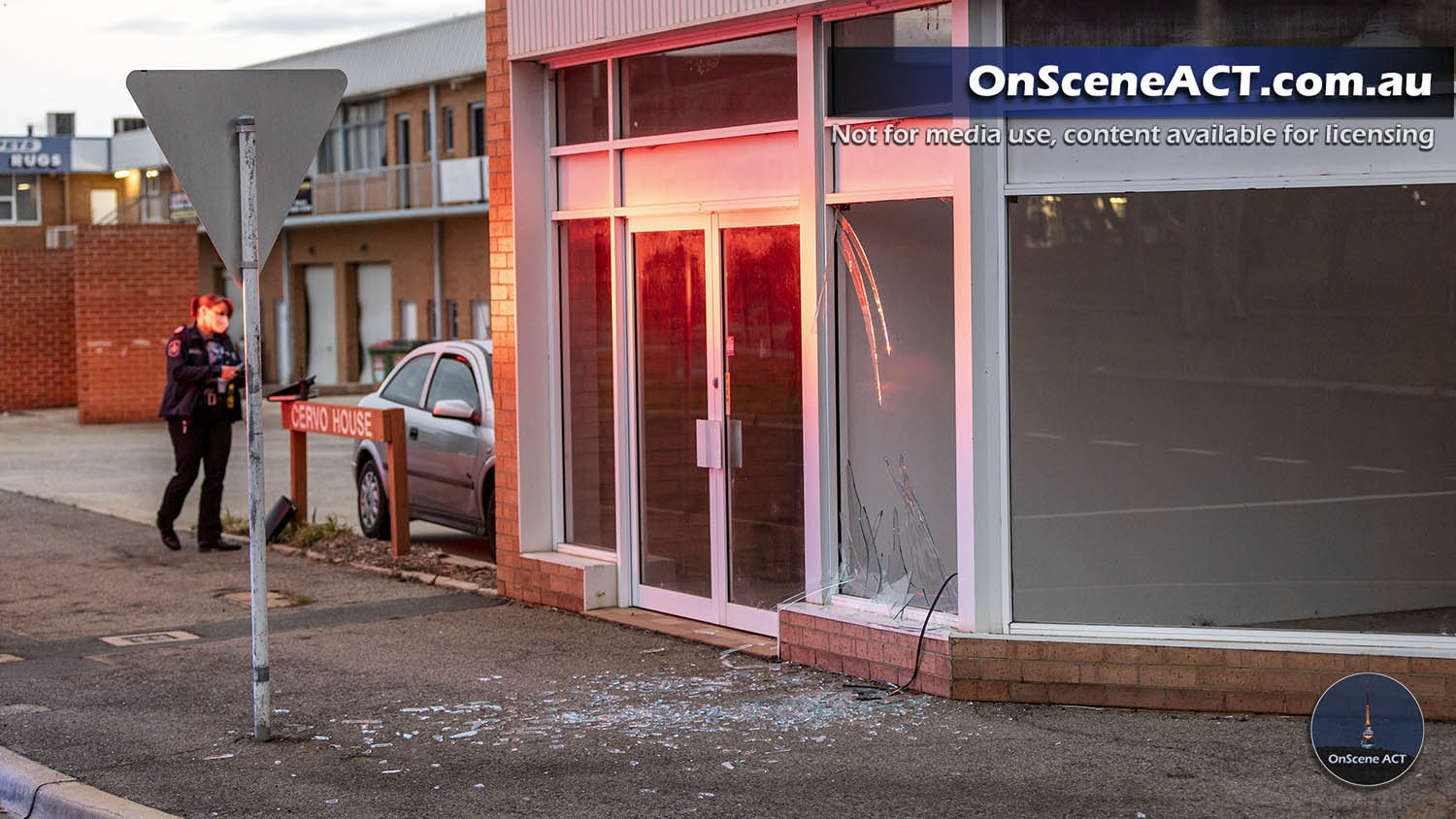 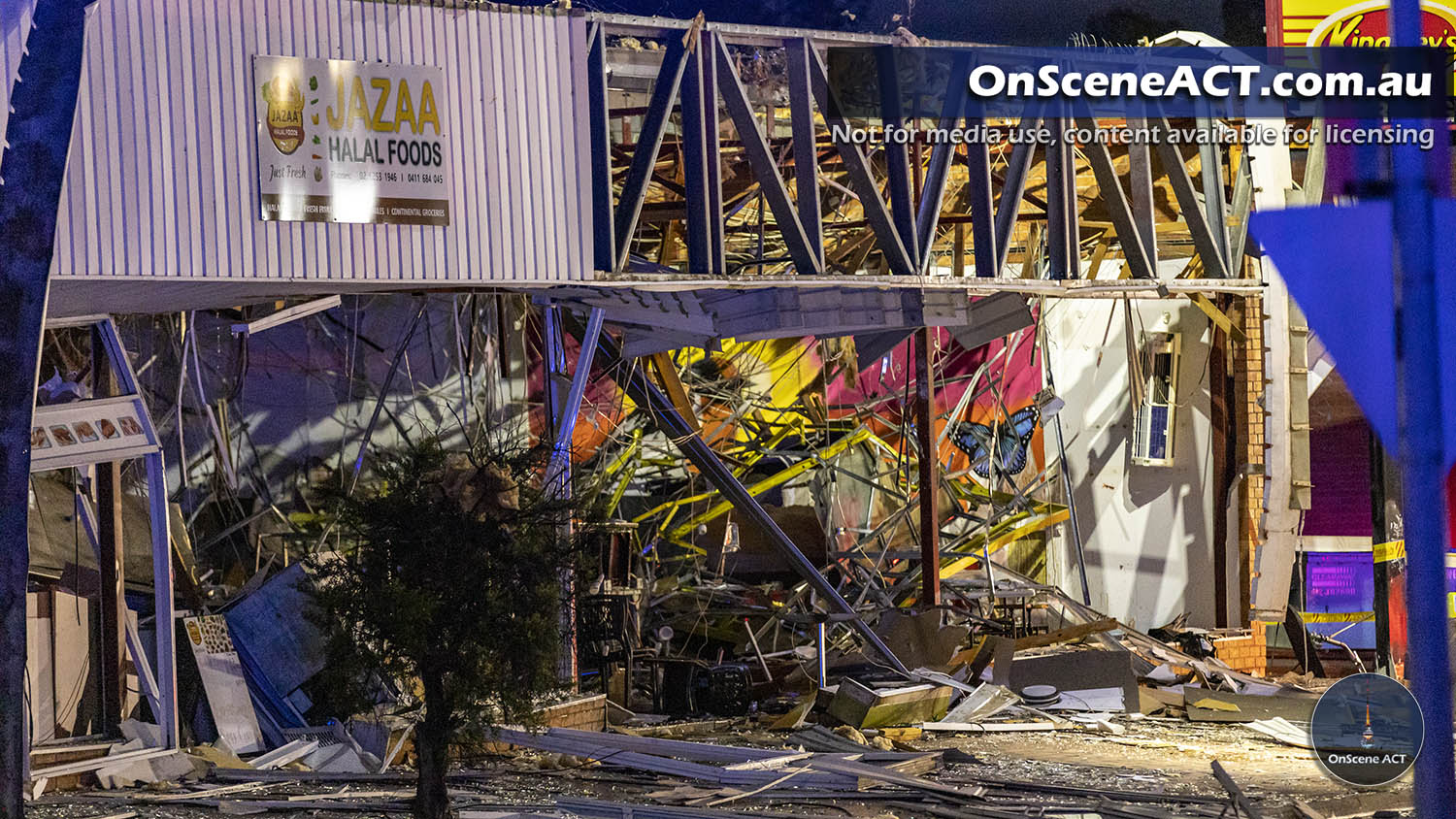 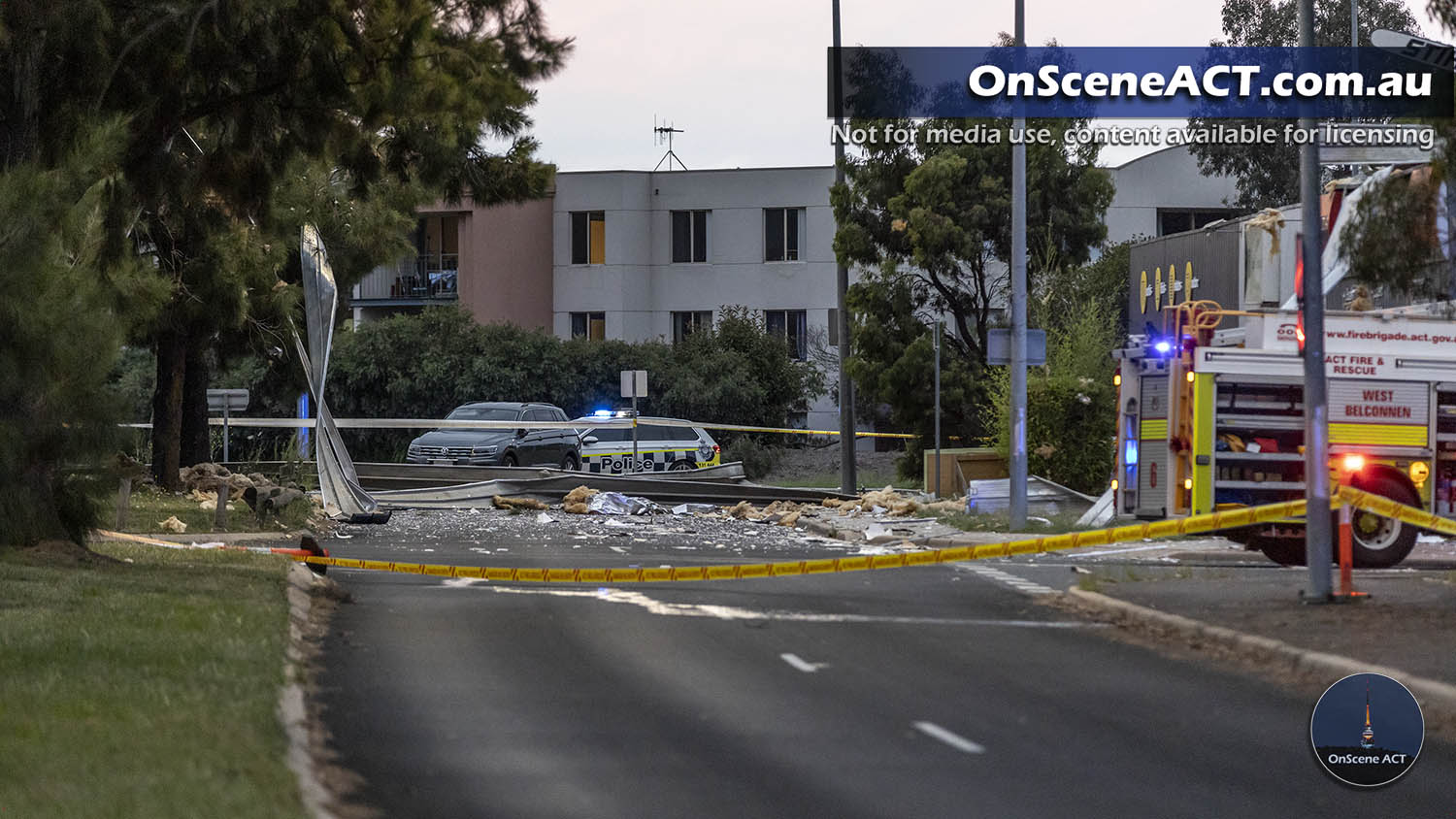 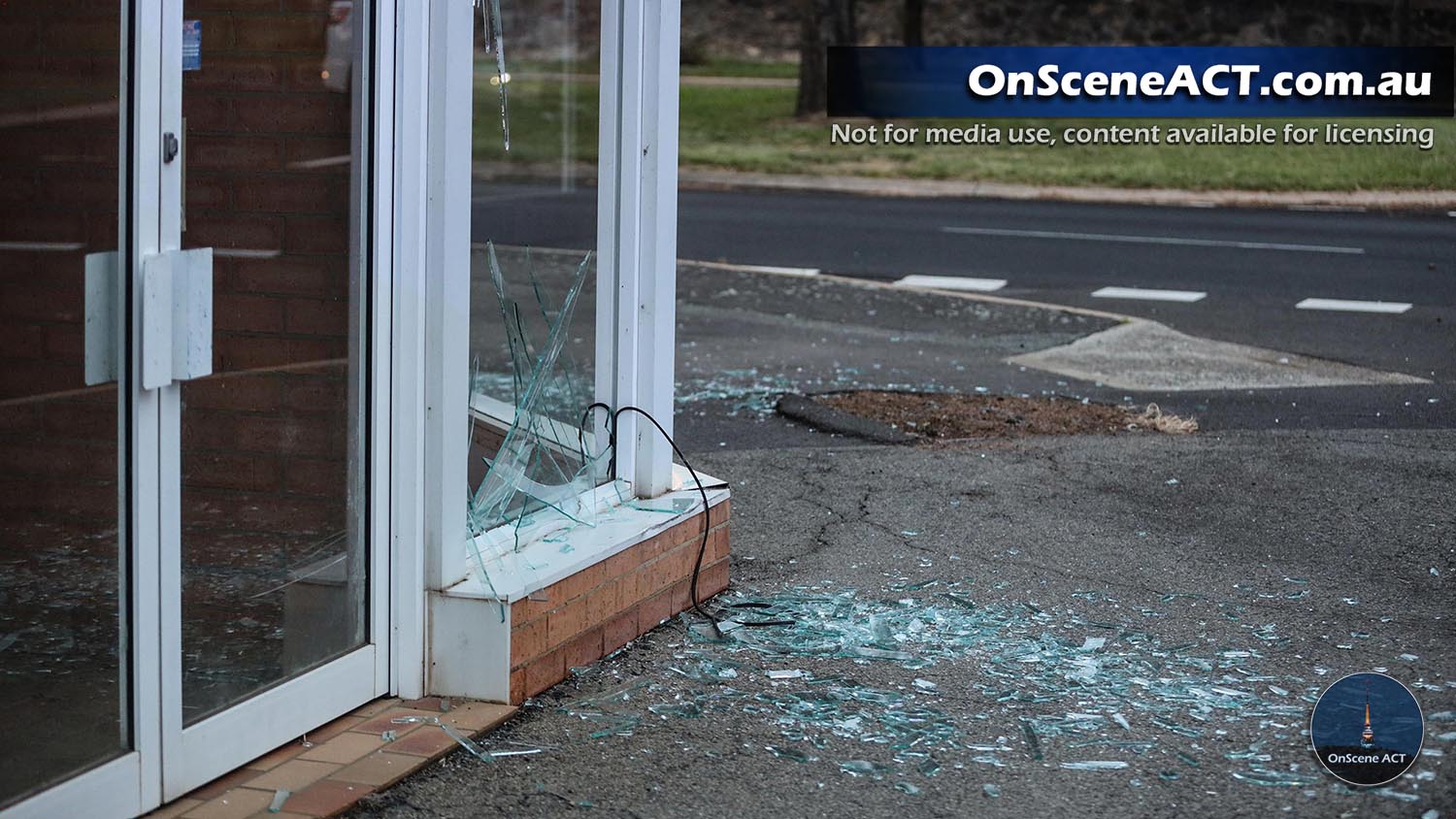 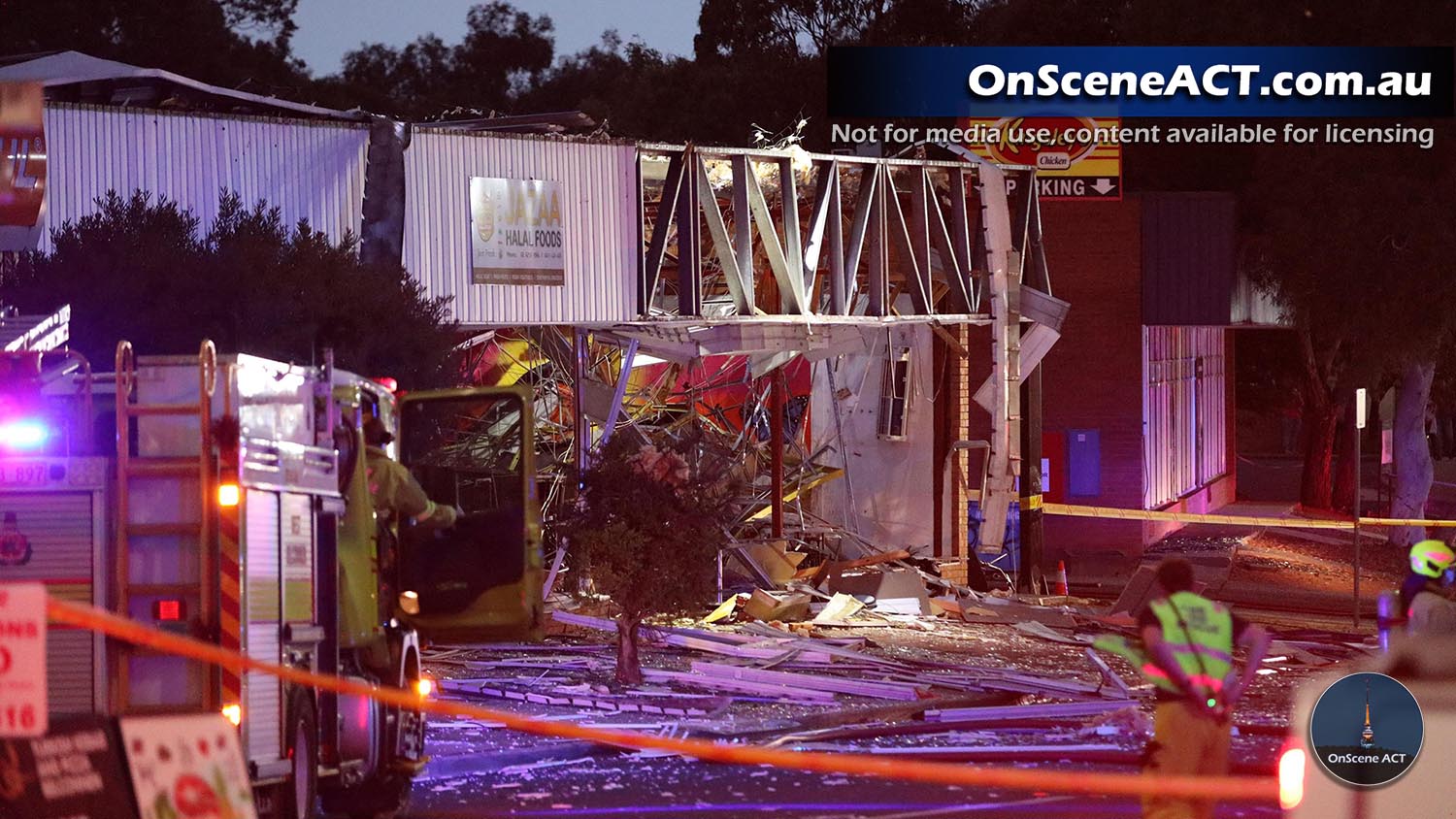 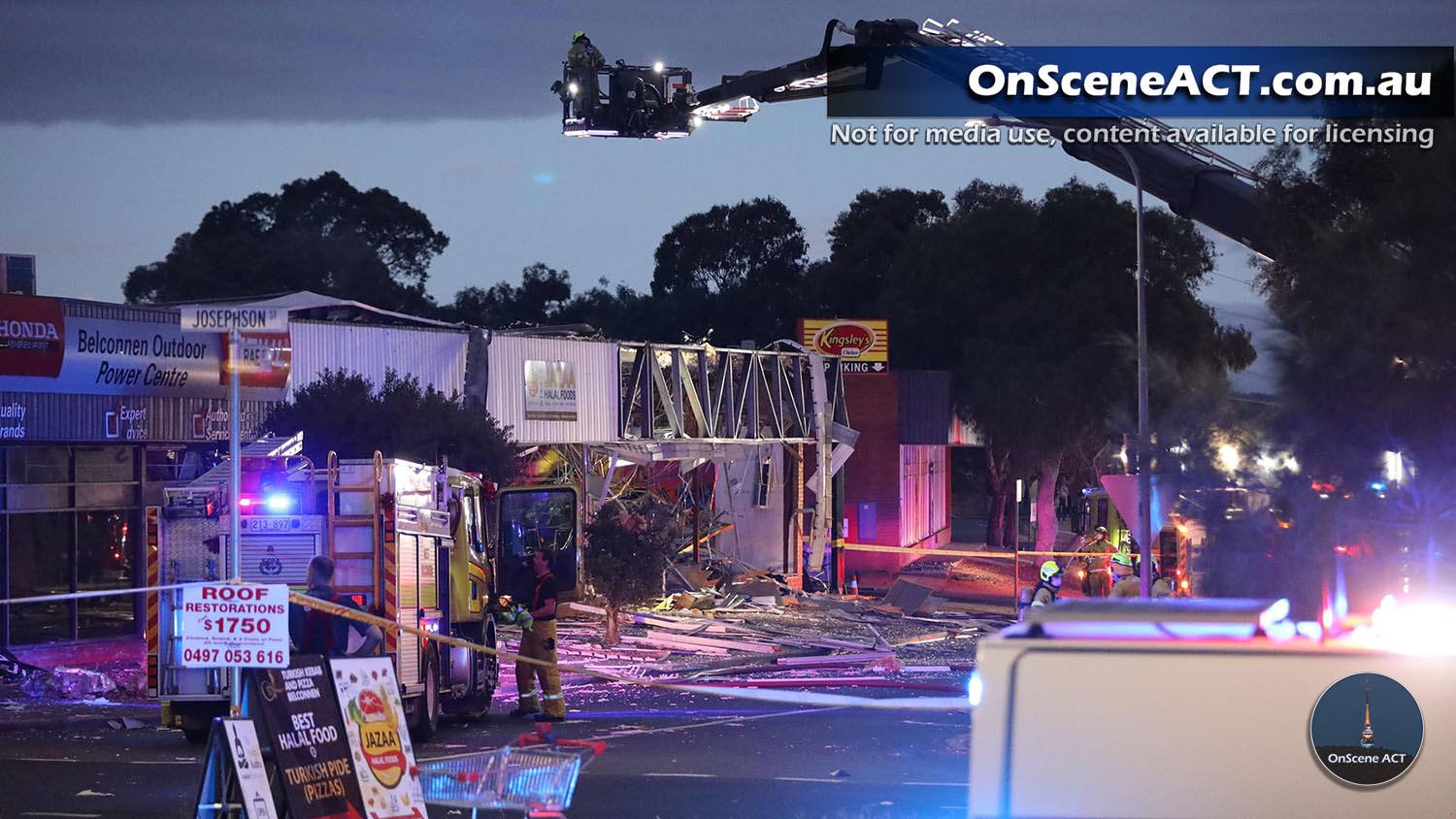 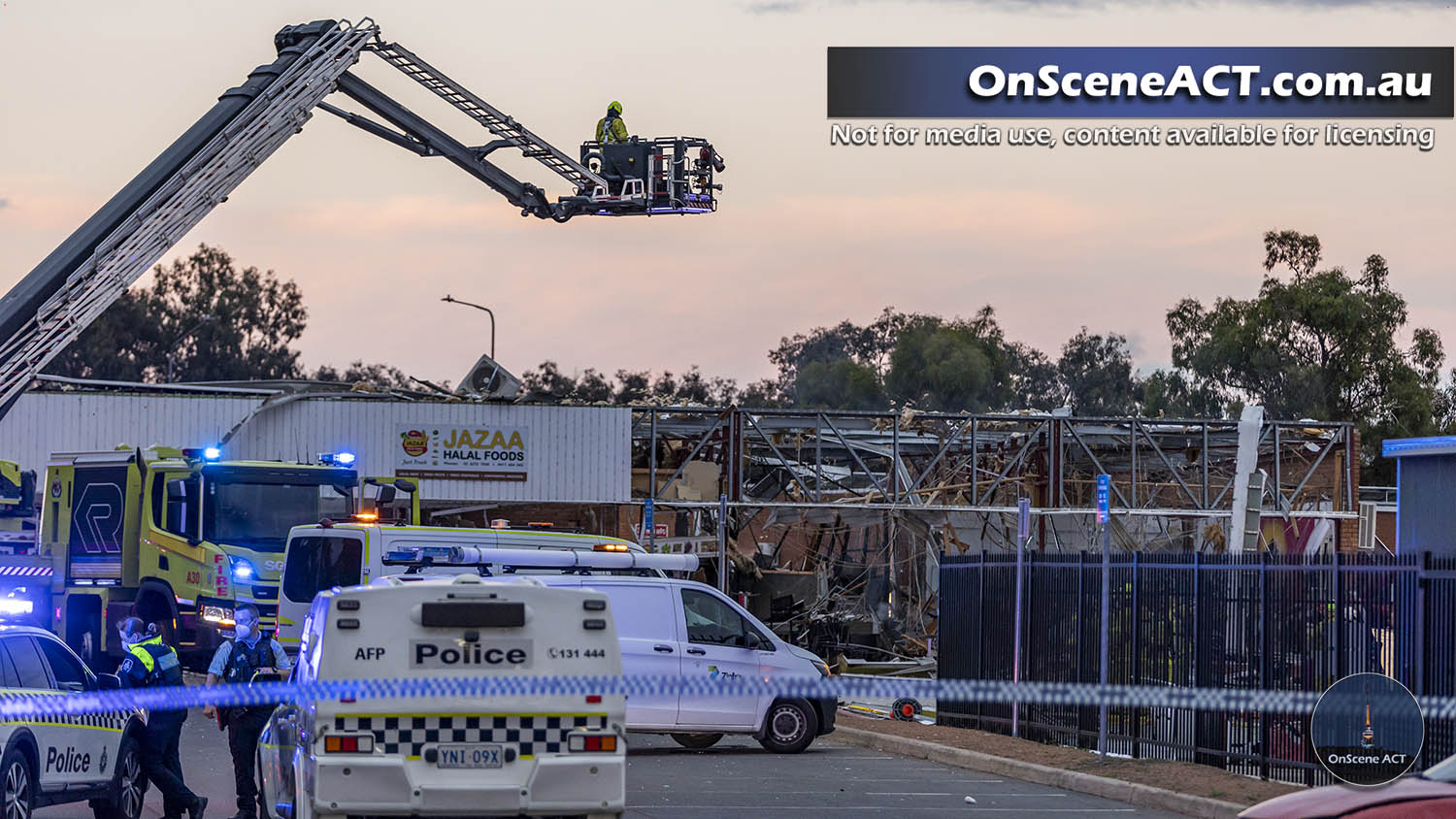 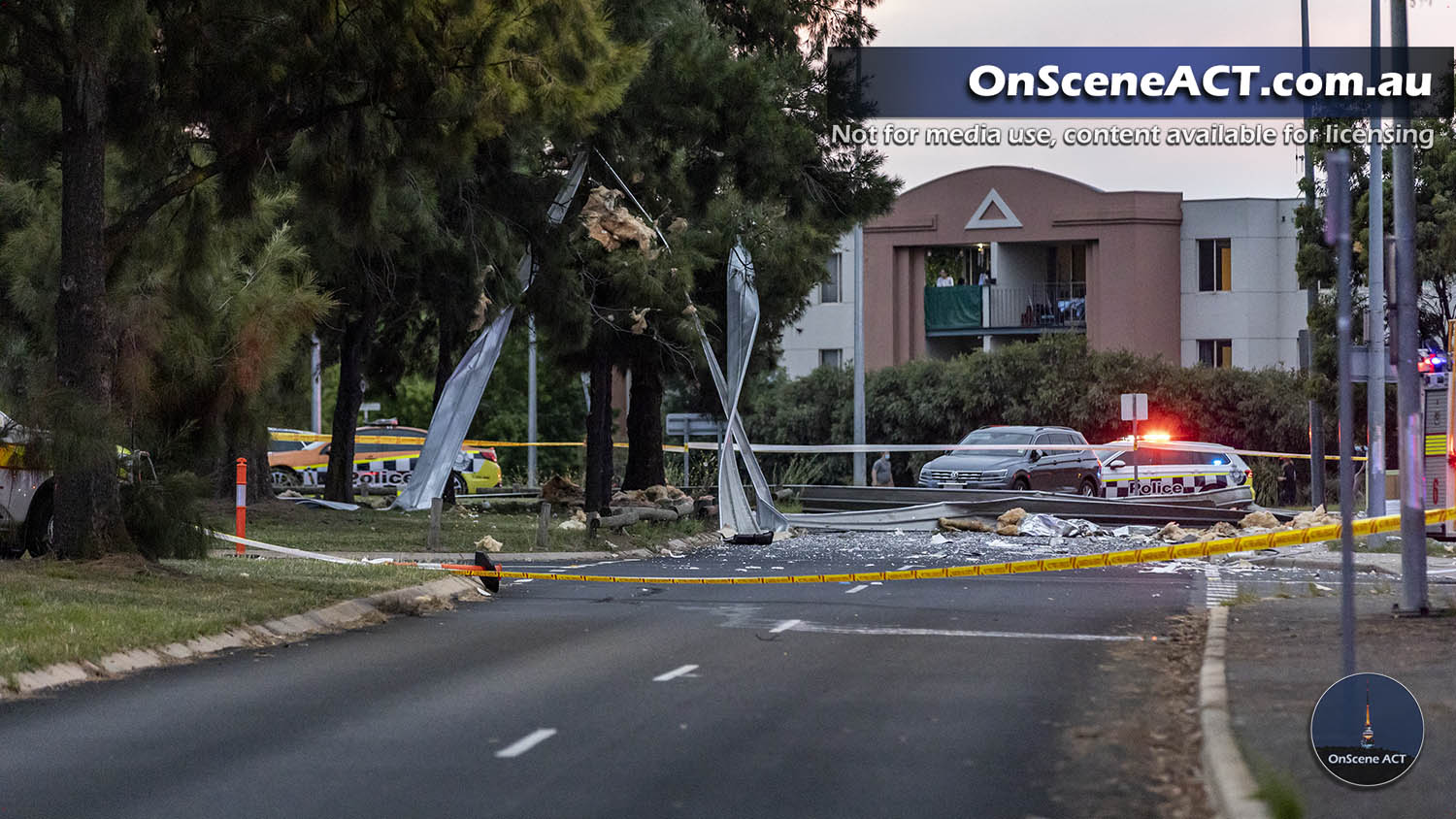